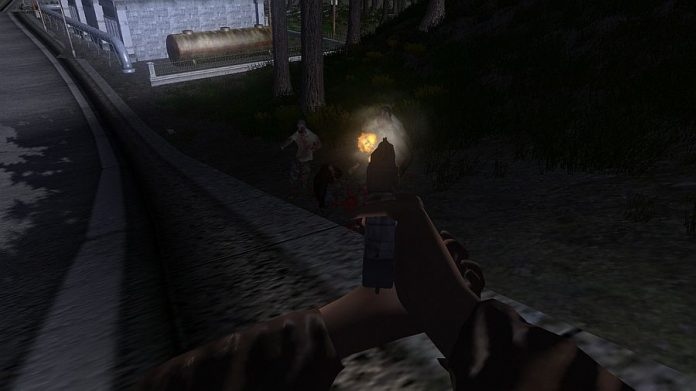 The game developer’s love for zombie games has not diminished – since our love for zombies is the same, and therefore indie game studio Dead Man Walking decided to create Rebirth, an open world zombie survival and zombie simulation game with more horror bits inside it than I usually like, but I am sure that this won’t upset many.

Clearly borrowing a lot from the popular DayZ, Rebirth comes with some new things of its own – although not necessarily original. Either way, it promises to deliver a great experience and from what we’ve seen so far, it has all the chances of managing to do it.

In Rebirth you will be in the shoes of one of the few survivors of the zombie apocalypse and your only goal will be to survive. During the day you will scavenge for food, weapons and ammunition, during the afternoon you will reinforce your safe house and during the night… well, then you will have to fight for your life!

Just as in DayZ or Project Zomboid, the focus will be on the simulation part of the game and not on the zombie killing action, even though you will have a lot of that as well. And there are many interesting features that Dead Man Walking is promising for Rebirth and personally I can’t wait to see it become reality.

Here are some of the features of Rebirth:

– Persistent world
– Living, breathing eco-system. AI with goals and advanced behaviours, such as actively searching for you when they lose sight of you.
– Emergent gameplay – Random events scattered throughout the world. Your house may be raided or attacked one day, or you may find a map leading you to a loot cache… or a trap!
– Survival based gameplay – Scavenge during the day. Find food, weapons, medical supplies, ammo, and scavenge for shelter. Try to survive the night to see the light of the next day.
– Horror, immersive atmosphere and dynamic scares!
– Various enemy types, all with different behaviors and objectives.
– Third Person and First Person ranged and melee combat. Full body awareness when in First Person mode.
– Rebuild society and craft your own buildings and items.
– Meaningful death.
– RPG elements – Your character can become more specialized as time passes and they get more experienced.
– Social game play dynamics: Your most dangerous enemy may be humanity itself. Will others help you, or hunt you?
– Multiplayer – After most mechanics are complete.

The developers have also launched a pre-alpha video footage showing a bit of the game and, even though there’s clearly a lot of work to be done to complete this product, it already looks pretty solid:

So keep an eye on Rebirth by checking out its official website. Hopefully, we’ll be able to play this one pretty soon!