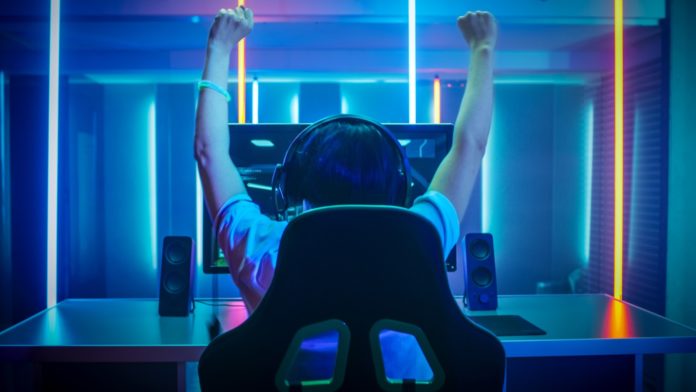 Are you tired of every video game you play feeling repetitive and mindless? Bored of blasting the same three aliens in the face with your shotgun?

It’s not surprising if you are: the gaming industry as a whole has leaned much more towards triple-A action games and sequels to popular franchises in recent years. This has lead to some creative drought and a large degree of video games feeling like one another.

But what if I told you there was an almost forgotten genre of game that provides a solution to this staleness? Sounds too good to be true, right?

Well, today is your lucky day! I’m here to tell you about some of the best point and click adventure games of all time!

The Best Point And Click Adventure Games: The Classics

Think of it like studying film: some of the greatest films of all time are from decades ago, right? The same goes for video games.

Day Of The Tentacle

One of these classic point and click games is LucasArts’ Day of the Tentacle. What happens in that game, you may ask? Well, it’s a century-spanning adventure in which our heroes must stop a giant purple tentacle who conquers the world in the future.

Yes, you read that correctly.

One of Day of the Tentacle‘s highlights are the humorous and rewarding puzzles that comprise the gameplay.

For example, one puzzle requires you to bury wine underground so that it becomes vinegar many years later for another character to use.

The characters are funny in such a way as to be relatable, helping to give us some investment in the otherwise silly plot. The game also manages to avoid the trap of having a clunky interface, a problem that plagued many early games in the genre.

Another classic point and click game is Grim Fandango, also produced by LucasArts.  Styled like a film noir meets the Day of the Dead (i.e, the game’s skeletal protagonist Manny), Grim Fandango is a less colorful game than Day of the Tentacle.

Yet, this in no way makes Grim Fandango a worse game.

The game tries to feel as close to a movie as possible, even making the only hint to a potential clue Manny turning his head in-game.

The entire cast of characters is also engaging, from a literal speed demon named Glottis to the villainous Hector LeMans. Add excellent writing and clever puzzles, and it’s clear why Grim Fandango makes the cut.

The Secret Of Monkey Island

There’s also The Secret of Monkey Island, another early point and click game from LucasArts.

Following the adventures of Guybrush Threepwood as he goes on a quest to become the greatest pirate of all time, the game oozes charm at every turn. The game uses the setting and conventions of “pirate fiction” to it’s advantage, keeping the barrage of puzzles fresh with small little twists on the usual formula.

For example, one puzzle requires you to take the weight keeping you underwater and put in your pocket. It both gives you that “AHA” moment and makes you smile at the humor present in the situation.

The difficulty curve of the game is enough to be challenging without falling into being frustrating as well: LucasArts put a lot of work into the pace of the game, and it shows.

I Have No Mouth, And I Must Scream

Finally, if you’re looking for something more on the “deep cut” side, look no further than I Have No Mouth, And I Must Scream. Based on the short story of the same name, this is one of gaming’s earliest forays into psychological horror, and it stands out as one of the best uses of it in gaming to date.

You play as five different characters trapped in a virtual hell created by a supercomputer named AM. Your mission? Survive and escape.

The game makes the most of it’s setting, crafting frightening scenarios that force players to make tough choices rarely found in a video game.  To top it off, the graphics have a fittingly haunting quality to them and the sound design is top-notch.

The Best Point And Click Adventure Games: The New Blood

Now that we’ve dug through the past of point and click games, it’s time to look at the best the present has to offer.

One of the best is Thimbleweed Park, a small-town murder mystery created by Ron Gilbert and Gary Winnick, some of the biggest names in point and click games. Taking elements from TV shows like The X-Files and Twin Peaks, you start the game as two FBI agents who come to Thimbleweed Park to try and solve a murder.

Without spoiling anything, the game later gives you a large pool of characters to play as, and no character ever becomes the “boring” one: they’re all interesting in their own ways.

The gameplay is very much like the point and click games of the past (like Monkey Island) but given a little spritz of polish. For instance, the item menu in Thimbleweed Park has moved to the main screen, which allows for a cleaner gameplay experience.

With beautiful 8-bit graphics and a winking sense of humor aimed at past point and click games, Thimbleweed Park serves as an excellent spiritual sequel to the games that came before it.

The Sci-Fi Guys: Samarost 3 And Machinarium

Worried because you haven’t played the two past games? No worries! You can play Samarost 3 without any prior knowledge of the series.

In this game, you get to play as a space gnome who sets out to find out the origin of a magical flute he found and finds adventure on the way there. Despite having no dialogue, the game uses images, music, and sound to make a sci-fi fairy tale of sorts.

The art in the game is delightful, with simple character designs and a child-like sense of wonder brought to the game’s energy.

As for the gameplay, the controls are simple to pick up and the game rewards patient thinking. The puzzles vary too, from using levers to get across a gap to filling symbols into a tablet of sorts.

In a similar vein to Samarost is the equally enjoyable Machinarium, another dialogue-free story about a robot exploring a broken down city. This game goes outside the conventional puzzle box with stealth sections and simple minigames. This is a welcome addition to keep the experience of playing fresh.

The visuals are stunning as well: the muted color palate and eye-catching animation help every frame of the game feel like a painting.

The game also chooses to break away from the inventory style of puzzles seen in games like Monkey Island, which adds a nice change to the typical gameplay pattern of point and click games. Instead, Machinarium tends to favor more environment-based challenges like changing your character’s height to reach certain objects.

But what about if you’re in the mood for something a little grittier?

Well, look no further than Unavowed, in which you play as a guy recovering from demonic possession. Turns out you murdered a lot of people while going all Evil Dead, and the only way to make up for your crimes is to join the Unavowed, a group of demon slayers.

Using a Lovecraftian visual style mixed with elements of classic mysteries, Unavowed manages to stand out in the point and click genre. The game also rewards more than one play-through by giving characters different interactions and endings based on the choices you make in the game.

All these elements, combined with mature storytelling and not overly difficult puzzles, definitely put Unavowed on the list.

Now you’ve heard about all these great games, but where can you play them?

Many point and click adventure games you can find on consoles, but the large majority of these games are on PC and/or Mac computers.

If you’re on PC, congratulations: most PC’s are better suited for gaming and point and click games tend to not be too demanding on your CPU.

If you’ve got a Mac though, you might be in a little more of a pickle. Do not fear though! It’s easy to both find ways to better optimize your Mac to run video games and to find some of the best Mac games for your gaming experience.

Your Journey Is About To Begin

Now that you have an idea of some of the best point and click adventure games of all time and how to play them, you’re ready to get out there and start playing!

So ready your text boxes, get your thinking cap on, and be ready to click every on-screen object you can reach. A whole world of point and click adventures awaits you!