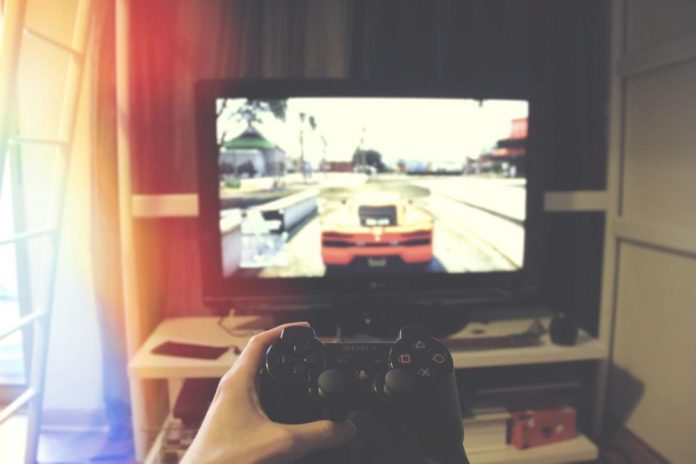 FIFA 17
This is one of my favorite games and has been among the most popular games since last year. It is a fun and engaging soccer game since you can play against other players directly or online. it has great soundtracks and an engaging career mode. College students often get addicted to this game and play for hours forgetting what they had planned to do. The game uses the same principles of a real soccer game; however, the time is adjusted to a shorter period of time.

HALO
This game is one of the most popular first-person shooter games. You are given futuristic guns and grenades to go and fight aliens in space. The game similarly has co-op mode where you play with your online friends. It is quite winsome and addictive among college students. Some even try to win time by using Customwriting.com for their college assignment needs.

LEFT FOR DEAD 2
Who doesn’t like a good scary zombie game? Well, unless you are not easily scared. This game is a cooperative first-person shooter game between three survivors. It means you choose who you want to play with as you fight your way through the zombie apocalypse. How cool is that? Among effects of online games to college students this one surely gives catchy feeling.

CALL OF DUTY: ADVANCED WARFARE
This was actually hard to choose because all games within the Call Of Duty franchise are really good and popular among students. It is a first-person shooter game where your mission is to eliminate threats to national security covertly or sometimes directly. It has online modes which profusely engages players against each other or together united against a common enemy which makes it more fun.

GTA V
This is one of the most realistic games of 2016 since you can literary do anything and go anywhere in the game. You can change your player whenever you want and has very exciting missions. You can go airborne or drive whichever car you want. You can buy property and shares just like the real world. The game has a story mode that keeps students glued to the screen.

WATCH DOGS 2
Like GTA V, it is also a realistic game except you play as a hacker who is assisted by other hackers to bring down an organization that controls people`s private information. It can be played online or offline. Many people especially college students are even downloading the DedSec app in their mobile phones just to show how much they love the game.

WORLD OF WARCRAFT
This is an online multiplayer game where each player chooses a role. Most college students join the game to stay connected to other gamers and make friends.

HAWKEN
Hawken is a shooting game where you and other online players are put in a war environment and try to shoot each other off the game. In the game, you can buy new mechs or upgrade your current mech with coins earned when playing. Apart from enjoying the game, players can communicate with each other and can as well make friends. This makes the game popular among college students.

UNCHARTED 4: A THIEF’S END
The game has been one of the most popular games in 2016 among students. It is an action-filled game with lots of adventures. It is a video game played by only the PlayStation 4 console. Students often get caught up in the game. It has very good graphics too.

One of the main effects of computer games to students research paper would mention is an addiction. Addiction leads to procrastination and procrastination leads to many unfinished projects. If you are a student, it detaches you from the real world if all you do is online gaming. On the other hand, studies have shown that gaming increases the brain`s concentration span thus students get better in class or other extracurricular activities.

Some of the pros include making friends. Similarly, the idea that you are playing against someone like you is breathtaking. Its major drawback like offline gaming, is addiction. These video games are here to stay and we should remember to regulate our gaming times to avoid addiction because too much of anything is poisonous. has made the research of video games and college students` dependency on them possible.