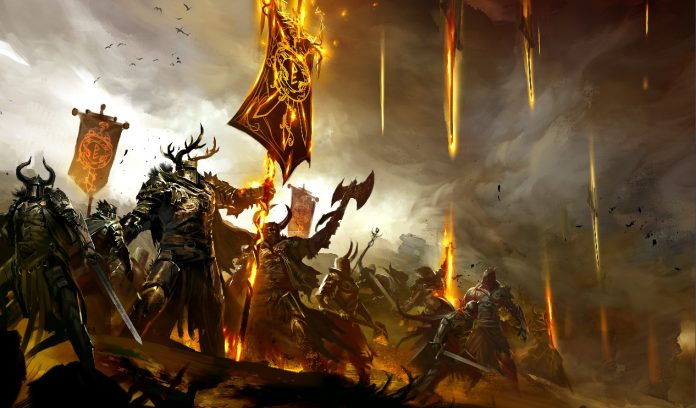 Guild Wars 2 has shaped the world of MMO’s by inflicting a huge revolution in the gameplay and by introducing features never experienced before. However, the sPvP, one of the three layers of the game, seems to have failed compared to the other two. Empty promises and poor updating of sPvP is mostly the cause of this failure.

Guild Wars 2 was released in late August and the ambition to reach eSports was never a secret, Arena Net was always clear on the matter as the systems designer, Jonathan Sharp, stated on October 2012: “We talk about eSport matches while we’re at lunch. We think about how to best get new players into the game, while also making sure professional players have a way to grow their fame. We think about the best way to show high-level matches to the masses. Really…we just think a lot about eSports. Not just for GW2, but we think about growing eSports around the world.”

Half a year after the game’s launch, facts indicate that the eSports concept is far away from being achieved; in fact the structural player-versus-player (sPvP) system in Guild Wars 2 has been slowly decaying. Innumerous debates and discussions about the currently sPvP system, traduces the discontentment of PvP players, who demand a more competitive structure and further content for this gameplay style. The inactivity and retirement of professional teams, such as Team Curse and Team Paradigm, indicates another symptom of the system’s insubstantiality and its urgent need to be reviewed. Was ArenaNet shouting sweet candy words into the frenetic player’s ears, whose expectation in Guild Wars 2 was extremely high? At least, the propaganda effect seems to have worked, after all the eSports association is a trait of honor for any video game. 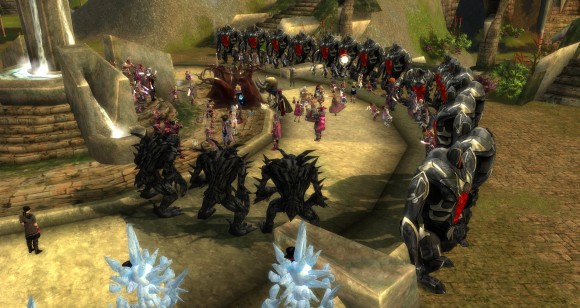 GW2 is considered a revolution in the MMO world, containing a unique gameplay and environmental interaction, offering the three spheres of the game, PvE, WvW and sPvP, an enormous variety of exclusive and remarkable features, taking for example the dodge system. Then, why didn’t sPvP turn out as expected? What did go wrong?

There are essentially six response points to this query, based on public opinion through forums and social networks, which I have organized by sections.

The system has a pre-defined order in the map’s selection. On the tournament field, there are three available maps with the same organization preset: Forest of Niflhel > Legacy of the Foefire > Battle of Kyhlo. In the hot join, you can choose from five different maps, adding Raid on the Capricorn and Temple of the Silent Storm to the previous three maps. It doesn’t matter which map you decide to join first, the order will never change. This means if you don’t win the first tournament round, you’ll rarely experience the following two maps, unless you go to the 8v8 hot join.

The only existent mode in the structural and tournament PvP is the point capture. How exciting, right? As stated previously, there are five different maps but the mission remains the same for all of them – holding spots as long as possible. Note that strategies may vary from map to map due to the environmental characteristics and casual features such as the sharks in the Raid on the Capricorn and the spawning runes in the Temple of the Silent Storm. Anyway, seems a new mode will be available soon but in my opinion, it’s bad enough to have one single pvp mode for more than 5 months. 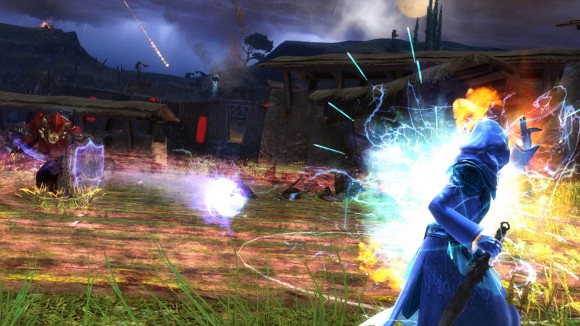 Updates are frequent and abundant on GW2 but most of the content is destined to the PVE and WvW sphere. Most PVP content consist of minor adjustments and fixes to balance professions and generate a more fair combat system. The game is composed by three main layers PvE, WvW and sPvP – I understand that Arena Net prefers to satisfy the majority, which are pvers but placing other gamers at different levels is simply unprofessional.

GW2 has a poor competitive system: the absence of tournaments and real prizes is a crucial question. The only supposed meaningful currency in the sPvP world, the tournament points, is also a curious mystery since it holds no real meaning. Even the ranking ladders are not taken seriously; they’re posted by Arena Net in the forums. Doesn’t this ranking system deserve a page in the website?

This is a world function that works in the three spheres of the game, however it particularly affects sPvP. How? It’s simple. You can join up to five guilds/teams simultaneously; jumping from team to team is the easiest thing to do. The sense of cohesion turns out to be extremely weak in the community – people desire to play, to form parties and join the queue and the easiest and fastest way is belonging everywhere and nowhere at the same time. If players can have many teams to rely on, they tend to devalue the meaning of having a guild, after all what will matter is having anyone to team with. 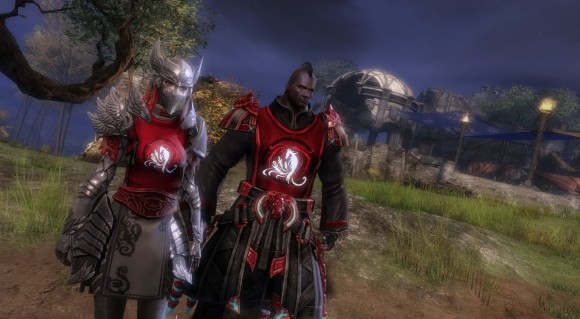 The promise of going eSports is still standing but the future doesn’t look too bright for GW2, when it comes to the sPvP scene. Until now, nothing has really been done to achieve higher grounds; in fact Arena Net seems to have dropped its initial words towards the matter. Eventually, time will tell if they can, or not, deliver this promise. Nevertheless, GW2 players already know that this is merely a dream with nearly no chances to become reality.