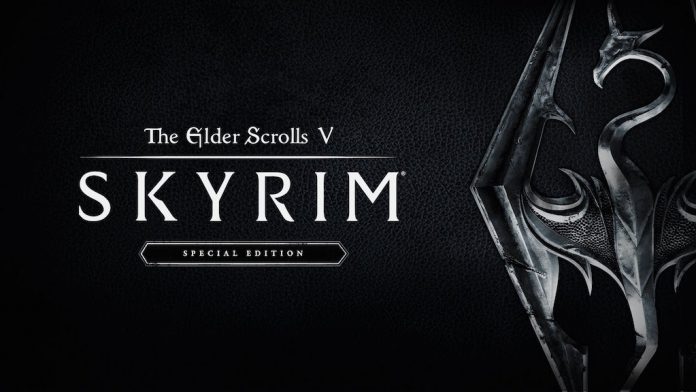 During Bethesda’s conference at E3 2016, much to the delight of many gamers, The Elder Scrolls V: Skyrim Special Edition was announced for PS4, Xbox One and PC. This completely enthralling open-world RPG is one of the most profound and easily recognised game in it’s genre, with millions of players having played countless hours throughout it’s medieval realms. As of the moment the said date of release for The Elder Scrolls V: Skyrim Special Edition is October 28th 2016 (Worldwide). With that date creeping ever closer, man questions are being to rise as to what features will be included in this highly-anticipated remaster. Fortunately, Bethesda are slowly but surely feeding us some teasers of the secrets waiting to be unveiled upon the release of the game.

The information we already have is that The Elder Scrolls V: Skyrim Special Edition for PlayStation 4, Xbox One and PC will include, the game itself and all add-ons (Dawnguard, Heathfire and Dragonborn). The game has redefined graphics, adding depth of field to the wondrous setting of the game making it look breathtakingly pleasing to the eye. Furthermore, the Bethesda have been working to make the game not only look but also sound better. This will lead to the world of The Elder Scrolls V: Skyrim Special Edition appearing more dynamic and ultimately more immersive for the player. 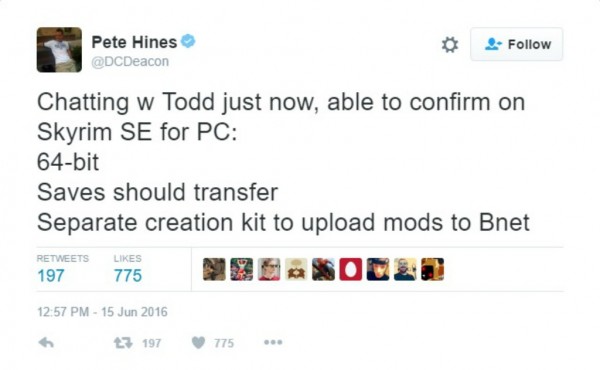 A feature highly desired by fans is the ability to transfer their previous save files. Although, this has been a confirmed feature for PC players by Pete Hines on his official Twitter (@DCDeacon), PlayStation 4 players and Xbox One players have seemingly pulled the shorter straw as he also confirmed on his Twitter that the same feature wont work for console players. This is understandably disappointing for the players that have put in hundreds of hours worth of gameplay but for me personally, I think it would be a feature rendered useless anyhow. The beauty of The Elder Scrolls V: Skyrim is the many different ways in which you can tackle the game. For me, the inability to transfer my prior hours spent on the game just gives me an excuse to try a different branch of techniques for tackling the game in The Elder Scrolls V: Skyrim Special Edition.

All is not yet revealed in regards to The Elder Scrolls V: Skyrim Special Edition according to Pete Hines who said the following recently “We haven’t gotten into the full, ‘Here’s all the things we’re doing.’ But the basic idea is, in all the ways possible we’re trying to improve it and make it as next-gen and appropriate for these consoles as possible.” At least with this, we can have all the hope in the world that there is plenty more taunting and teasing to come before the release in October.