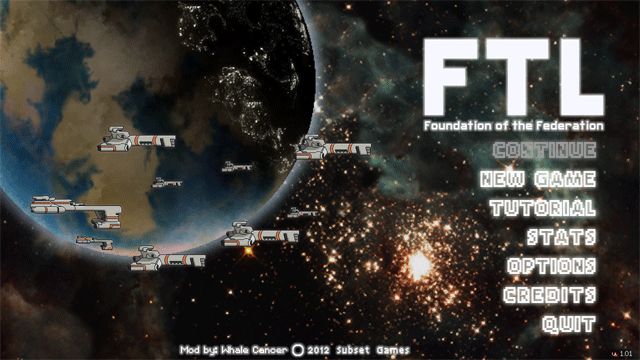 The indie roguelike ship-simulation game FTL: Faster Than Light managed to become a huge hit in the indie world and I must admit that I found it extremely pleasant in its complex minimalism. And even though the game manages to pack quite a punch, there’s no way I’d say no to more greatness, and this is when the FTL mods come into play.

And there’s quite a few of them released by the community already, and I am here to share with you the best 5 FTL mods to enhance your gameplay experience or simply to change it dramatically! So lets begin checking out the mods, in no particular order! 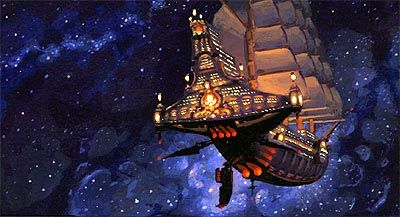 Something you might have always dreamed, becoming a pirate, becomes a reality in FTL after installing this mod. Changing a whooping sixth of all the events in the game, it adds new choices, options and lets you act as a pirate. Except for new gameplay options, it also changes a bit the game looks like and is already one of the better FTL mods out there. Download Pirates here.

You don’t like the way the planets and the backgound look like? Feel like some extra details should’ve been there? Well, this mod does it for you, simply turning the game into a much better looking one. And it will hopefully be patched in the future to include even more eye candy! Download it from the FTL forums.

There are a few mods promising to deliver new ship layouts, but most of them are not playable yet. This one is one of the few that can be played, although it’s only in beta. But we have Star Wars ships, Start Trek ships and a ton of new options to play the game! You can get the mod from GameFront 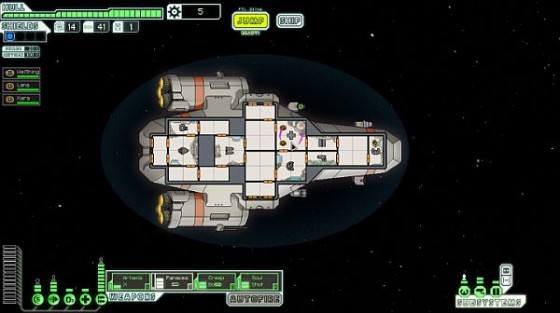 If you somehow feel that the arsenal of FTL is lacking a few weapons, this mod is for you! Adding 16 weapons (8 New and 8 modified ones), it also brings in new events (to use the new weapons, of course) and Creeper Bombs. Pretty cool, and you can get it here.

Foundation of the Federation 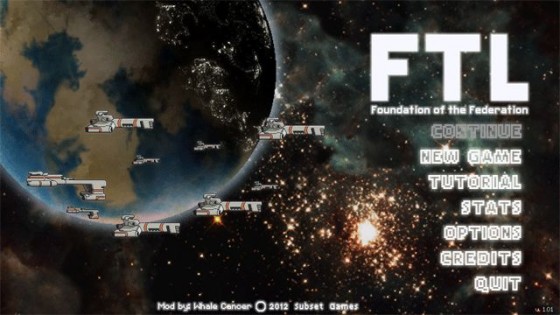 Although this is still work in progress, will be the greatest mod released for FTL, if it manages to be released in less than 1,000 light years. Here’s what it plans to do: “It’s supposed to present the foundation of the federation, rather than its fall. The Engi and Zoltan are presented as allies while the Mantis, Rock, and Slugs as aggressors; the final battle is a unifying battle in which the Engi, Zoltan, and Humanity stand against the Rock, Slugs, and Mantis (I’m thinking of casting the slugs as the manipulators of this ‘axis’). The old playable ships associated with those races are mini-bosses at the end of quest chains and, of course, they will be used in the final battle as well.” Absolutely amazing, but still not playable. Keep an eye on it here and maybe you’ll get very lucky!

And this is it! These are some FTL mods that will greatly expand and enhance the experience with this indie hit. Have fun!