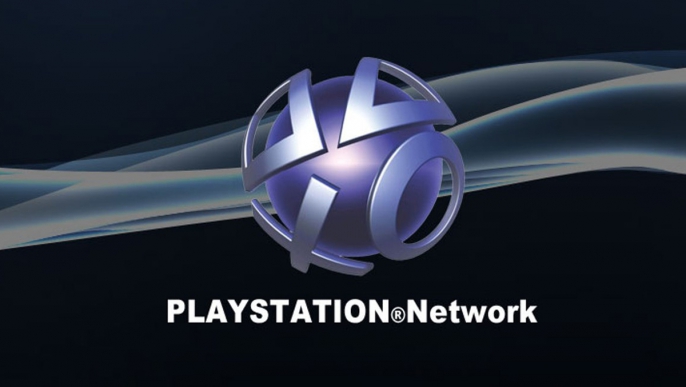 Indies are Sony’s saviour. Or at least it seems that way.

Since the start of the year Sony has managed to get many indie developers to pledge allegiance to the PlayStation ecosystem. Big names in the indie world such as Mike Bithell, creator of Thomas Was Alone, Vlambeer the team behind Super Create Box, and Dennaton the pair responsible for Hotline Miami have all agreed to put their games onto the PlayStation systems. Fortunately the big indie drive appears to be working, almost all indie devs who have worked with Sony have enjoyed good sales and slowly but surely indie game fans are staring to buy PlayStation hardware.

Sony’s indie initiative is far from over, many great indie games such as LUFTRAUSERS and Metrico are due to launch on the PS3 and VITA in the coming months along with quite a few indie games, such as The Witness from Jonathan Blow, on the PS4 when it launches later this year. However if Sony really wants to become the number one platform for Indies to launch on they might want to try and court these 5 indie games. 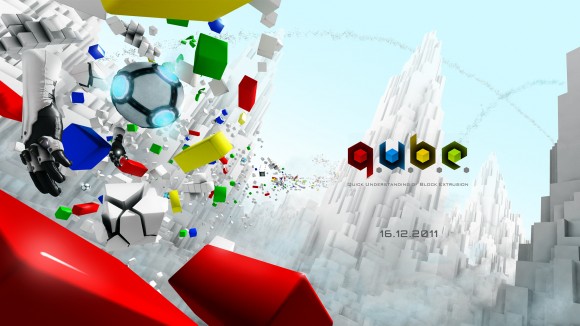 Q.U.B.E. or to give it its full title Quick Understanding of Block Extrusion is a first person puzzle game which takes quite a few ideas from the Portal series. Players are dropped into a bright white room, with a few coloured blocks dotted around. They must manipulate these coloured blocks to reach the exit. A decent amount of levels and a few gameplay twists result in Q.U.B.E. being an extremely memorable game.

The game is currently available on PC and Mac but would be a perfect fit on PlayStation. From a technical point of view it should be possible, the controls would be simple enough to adapt to both the PS3 and VITA and the PC system requirements aren’t too high, meaning it could probably run both the systems.

If Q.U.B.E. were to launch on PlayStation it would be an instant success, similar games such as Portal or fellow indie game The Unfinished Sawn have sold very well on PlayStation showing that gamers defiantly have a appetite for games like Q.U.B.E. Couple the great gameplay of Q.U.B.E. with a PlayStation promotion such as cross-buy or a PS Plus discount and you could be looking at the next indie game to sell very well. 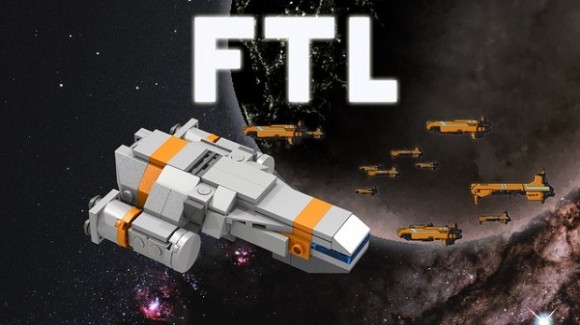 FTL is a “spaceship simulation roguelike-like” or at least that’s how the official website for the game describes it. Roughly translated the statement above means that FTL is a game where you have a space ship and must manage its systems and crew whilst travelling through space searching for the Federation Fleet and avoiding or destroying the Rebel Fleet. And if that still confuses you it’s a simulation game where you manage a spaceship and fly through space. I probably should have started with that.

FTL is a rather unforgiving game, its procedural generation can result in the game giving you what seems like a unwinnable task and to make matters worse if you die you start again, from the beginning. Despite this the game launched to critical acclaim last year and has done very well on PC Mac and Linux.

So, I hear you ask, why should FTL be on PlayStation? Well there is one simple answer to your question; it’s an amazing game. It really is as simple as that, FTL was my 2nd favourite game last year, coming a close second behind fellow indie game Thomas Was Alone (already available on PlayStation) and I know of countless other people who also hold FTL in high acclaim.

The problem is not enough people know about the game, and thus not enough people have played it. Being on PlayStation would solve this issue. Sure technically it might be difficult to port, the controls work well on PC but on PS3 it may be more of an issue and getting the game to run on a VITA may be a challenge but it would defiantly be worth it, just so that millions of gamers would have the chance to play such a wonderful game. 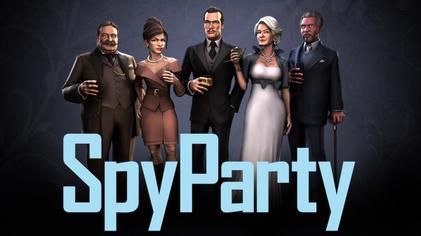 I would totally forgive you for not knowing what Spy Party is. The game is yet to release publicly and a limited closed public BETA is currently on-going. However I can almost guarantee that by the end of this year Spy Party will be atop of your hotly anticipated indie game list.  The game, at its most basic level is a 2 player game, where one player is a spy at a party (see what they did there?) and must carry out spy related tasks such as poisoning or stealing. The other player is a sniper located outside of the party and looking into the building where the party is taking place, they must observe movements and actions and try to deduce which of the people at the party is the spy being controlled by the other player. The sniper has 1 shot to eliminate the spy, if successful they win the round, if they miss, hit someone who isn’t the spy or don’t mage to shoot the spy before they complete all the tasks then the spy wins the round.

The game is a relatively simple concept but even at this early stage in development I can tell it’s going to be something special. Playing the game is a lot of fun and when all the bugs are ironed out and more polish has been added to the game it could be the next big indie hit.

Unlike the previous two games I’m not so sure Spy Party would be an instant success on PlayStation, it would do well but currently not enough people know about the game to make it a viable option. However the game is still a long way out so anything could happen. 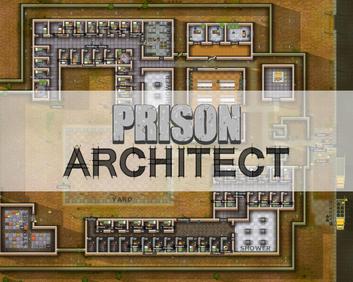 Much like Spy Party the title of this game describes it fairly well. In Prison Architect you are an architect who must build a prison, ok there is a bit more to it than that but effectively that’s all what you do. Built by the two man team behind Darwinia and Uplink, Prison Architect is very similar to Sim City, but instead of building and managing a city, it’s a prison. The game is a tough one to describe in a fun way, as everything about it sounds boring so watch this video; it explains everything a lot better than I ever could.

So that was fun and now you should kind of have an idea as to what prison architect is, which will save me some time. So would it work on PlayStation, well the short version is no. Admittedly it would be very difficult to get all the menus and UI to work well on any of the PlayStation consoles. Perhaps the best fit would be the VITA, its touchscreen and touch pad could make traversing the many menus a lot easier compared to using the DualShock. In fact thinking about it could work very well on VITA (I have even managed to convince myself). From a technical point of view the game should be possible on PlayStation the game requires a fair bit of processing power so a PS4 and VITA streaming combination might be the best solution.

If the game is hard to explain and isn’t suited for PlayStation why the hell am I including it in this list, let alone at number 2. There are two answers to this question. The first being the usual great game that needs to be played by more people speech from the previous games on this list. And the second being the fact I believe if it was done correctly it could be the best game seen on a PlayStation console. The groundwork is already done, the game is looking to be something very special on PC but personally I feel it is a game I would love to play on the move, so getting it onto the VITA would be brilliant. The game suits itself to short bursts of play but can also be enjoyed for hours at a time.

Prison Architect is a difficult one to explain, but it just has something about it, something that gives it a lot of potential, and something that makes me believe it would be a perfect fit for the VITA.

Super Hexagon is the simplest yet most addictive game I have ever played. The basic concept is again a confusing one. You are a triangle, stuck to a hexagon with lines coming towards you from the edge of the screen, you must rotate your triangle around the hexagon (or a different shape depending how good you are) to avoid colliding with these incoming lines. The game sounds rubbish, especially with my relatively poor description but the difficulty, and the ability to play again with a single tap of the screen and the bight, trance like visuals and the iconic electronic soundtrack and the lure of a high score table make the game one of the finest mobile experiences ever. Watch this video, it explains everything.

There is a reason why Super Hexagon is top of this list, it’s both a great game and would be a perfect fit on all 3 PlayStation platforms. The game has already transitioned from mobile to PC and its simple 2 button controls, rotating clockwise and anti-clockwise, would work well on both the Dualshocks D-Pad and the Vitas touch screen or rear touch pad. The high scores which are so vital to the games success would be easy to implement with the PlayStation Network and the easy pick up and play nature of the game would suit both the VITA and the PS3/4 as a downloadable game.

Unlike some of the other games, Super Hexagon would be very easy to port to PlayStation. The controls would be a perfect fit and the game can run on almost anything. Hey it even works on BlackBerrys so it must be able to run on any PlayStation console. Super Hexagon is already a huge success, but it would be an even bigger success if it were on PlayStation. And if it did make it onto PlayStation imagine the front page of the PS Store with the super hexagon background. How cool would that look?

So there we have it, my top 5 indie games that Sony should really consider getting onto PlayStation. What do you think; did I miss out an obvious choice or possibly included the worst game imaginable? Sound off in the comments below and tell me the 5 indie games you think should be on PlayStation.

*Authors Note* I realise some of the developers of the games on this list have made comments or announcements regarding bringing their game to PlayStation. These comments/announcements were not a factor in my choices so please don’t moan about anything like that.