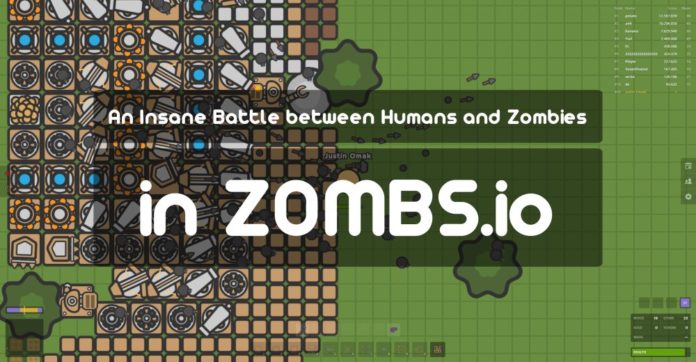 If making mention of the online multiplayer market, it’s hard to miss a series of .io games that are spreading their fame across the world. Since its first successful release, lots of game developers are imitating each other and producing byproducts/frauds. Although you can catch some games that are similar to the gameplay or graphics, here is a true one-of-a-kind and rewarding playground that I’m sure you will fall in love instantly: ZOMBS.io.

Welcome to the main screen! 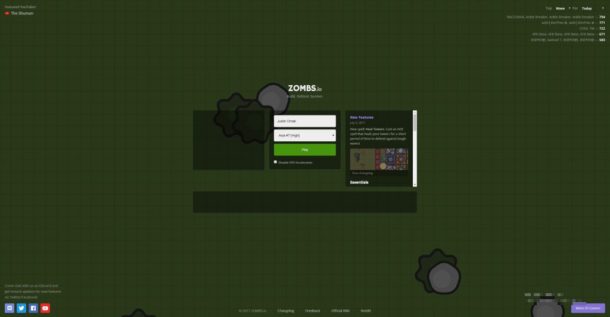 Just hearing its name, then you know it’s an insane battle between humans and zombies. Furthermore, its slogan “Build. Defense. Survive” makes a strong impression on the worldwide gamers at first. What’s more, you will surprise when experiencing some layers relating to the action-RPG-strategy hybrid. And below is a great summary of this game that you shouldn’t miss.

Since you’ve played many .io games before, the welcome screen is quite familiar that some indicate that it’s virtually an accurate copy of Moomoo.io. Well, it’s true; however, its gameplay is totally different and better. Before finding the difference, be quick to type a cool nickname, choose a server and consult some latest updates.

Time to learn the basics 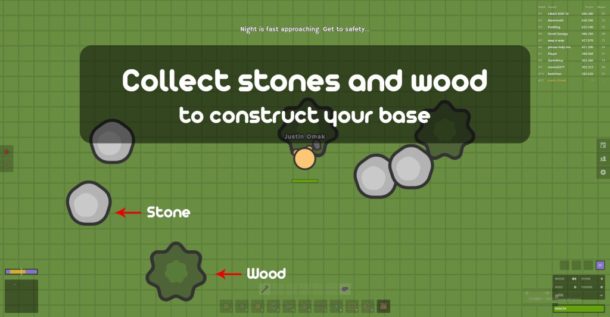 If you’re waiting for a tutorial at the beginning, stop it because ZOMBS.io does not. Luckily, it offers the in-game gradual instruction that can guide newbies like you through the essentials. Actually, there are three main parts including:

– Firstly, players need to know the importance of collecting resources. Take wood from trees and stone from rocks, okay? Collect a certain number to create Gold Stash and then place it on the ground to establish your base. Keep in mind that when the base is settled down, the zombies will appear.
– Secondly, all are about defense. This action is indispensable so that the players can survive a night full of zombies. The in-game instruction recommends building an Arrow Tower to attack invaders from a great distance away. Although these towers are cheap and useful, they can only strike single zombie. In order to get rid of the whole groups, try to gather as much wood and stone as possible for making Cannon and Bomb Towers.
– Finally, don’t forget to build a Gold Mine (or a maximum of 8, depending on the number of players in the server). This is perhaps the most necessary building because it generates gold for future upgrades, besides defeating bosses. Since it doesn’t attack, be wise to put it near the Gold Stash and protect it with other towers.

How about the real deal? 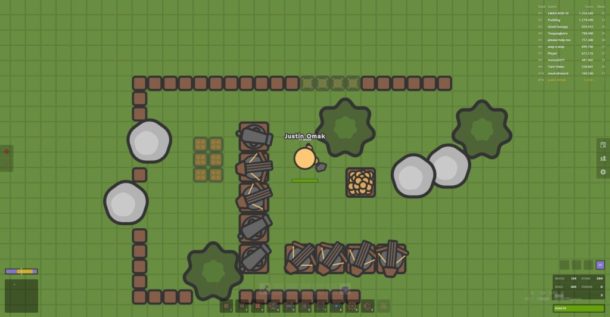 Think that you get enough knowledge to survive after finishing the above instructions? In reality, these basics are just a small part of your last victory while the remaining one depends on your experience and the time you will spend. Every night, the players have to face up with a stronger wave of invaders. And to survive, they must experiment with various towers. But, don’t forget to make use of some useful base buildings such as Walls, Slow Traps or Doors.

In case that you just protect your base with base buildings and defense towers, your chance to survive longer isn’t enough for sure. That’s why the game features SHOP, where you can find some of the additional upgrades for survival. Spend your endless amount of gold on useful weapons such as Pickaxe, Spear, Bow, and Bomb or Armor or Hats, etc. The more items are upgraded, the more damage you have. Especially, leveling up the Pickaxe is necessary for collecting more and more resources and producing extra upgrades.

Study about the enemies 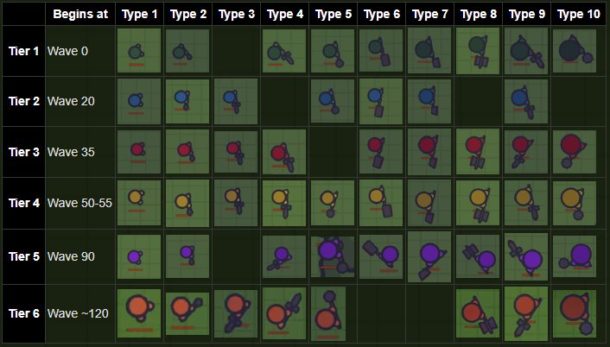 With about 120 waves, the zombies are divided into 6 Tiers. Their major objective is to steal the player’s gold stash and attack the first building in a straight line. For each wave, the zombies will increase in strength, health and attack space. They are not only bigger and bigger but also equipped with larger weapons. Beware of huge purple zombies because they can quickly kill the players without any armor or the orange ones.

After completing every 8 waves, you will confront a big Boss, that will appear with the zombies. Be extremely careful since the boss is stronger than the zombies and can dodge the towers’ attack to go straight your base for the gold. Before facing up with it, make sure you’re equipped with the necessary items from the SHOP. And don’t mind showing your best fighting ability to kill it as soon as possible. For each success, you will get a huge amount of gold as well as a special token that is useful for evolving your pets.

Now, check out some winning tips and tricks 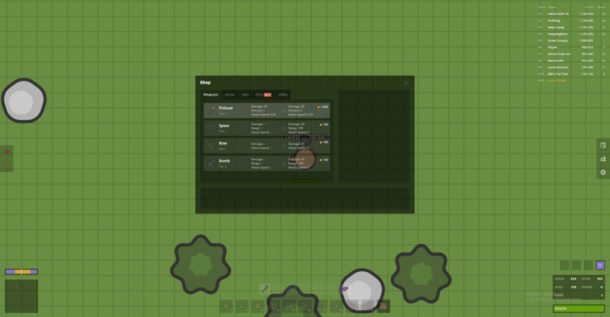 For a so-so amount of time, I can give some of the tips and tricks that are quite necessary for gaining the victory in ZOMBS.io.

1/ For the general
– The zombies only appear after the first Gold Stash is placed. So, make sure you’re ready before setting it.
– Find an ideal place to put the Gold Stash because it can’t be moved. Though, you can sell or place other buildings freely.
– Remember to choose an area that is full of trees and rocks, or you are lacking in the resources.
– 25% of the resources will be taken away if you’re dead.

2/ For the base
– Avoid constructing the base near the Summoning Stones.
– Always build the Mage Tower behind the Melee Tower to increase the damage.
– Having a double layer of walls is a good idea, but avoid carrying out it at first because you will waste lots of resources.

3/ For the SHOP
– Don’t hurry to spend too much gold on upgrading at first.
– For a better beginner’s choice, please buy the bow or bomb.
– Potions are necessary for restoring the whole life of the players. Since they’re inexpensive, purchase more.

The truth is that ZOMBS.io is still in growth. For every update, new and exciting features are shown. If you decide to enjoy right now, you will explore the latest tower, called Heal Tower. Sounds interesting, right? Although the pet is in beta testing, don’t miss owning one for yourself. I got one and it actually supports me best.

Like most tower defense games, ZOMBS.io is extremely fun to play and I’m sure that you can’t get your eyes off the screen and leave your hands out of the mouse until attaining the best result. In my opinion, this fun-addicting game seems to overcome other competitors.