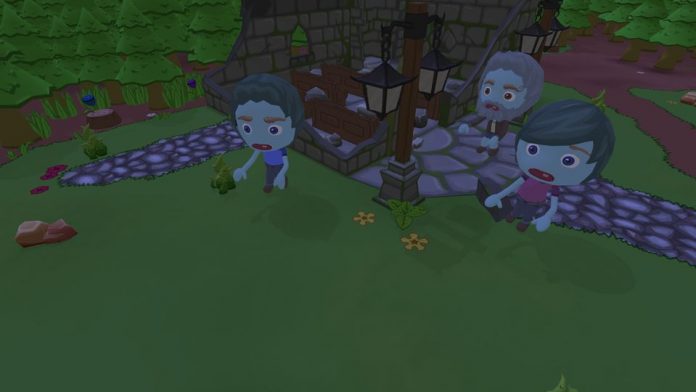 You probably heard of FarmVille by now: the hit Facebook game where you plant crops and tend them and do it over and over again in a cutesy environment where nothing really happens. Well, Farm for Your Life decided to ask themselves “what if” and decided to bring zombies into play and what resulted is a pretty strange, yet interesting game that might be the next hit on the market.

The game tells the story of a zombie apocalypse that sweeps out your entire community and you have to build civilization back up where it was. Or at least your community. This means that you have to cultivate a farm and make sure that you can sustain life for the remaining survivor – you even have a nice kitchen where you can mix ingredients and cook advanced dishes.

All seems like your regular farming game until now, but there’s a twist: at night, zombies attack and you must make sure that they don’t get to taste some brains puree by midnight. This means that you have to use some of the plants you have planted during the day to destroy the zombies and even the cooked meals to throw them at their brainless heads.

The result? A mixture of FarmVille and Plants vs Zombies which appeals to both time management fans, as well as those who love a bit more action in the game. Farm for Your Life seems to be as family friendly as a zombie game can be – without any blood and gore – so we might just say that it’s a perfect title in the making.

It will be released pretty soon (by the end of October) and you can head out to the game’s official website to check it out.