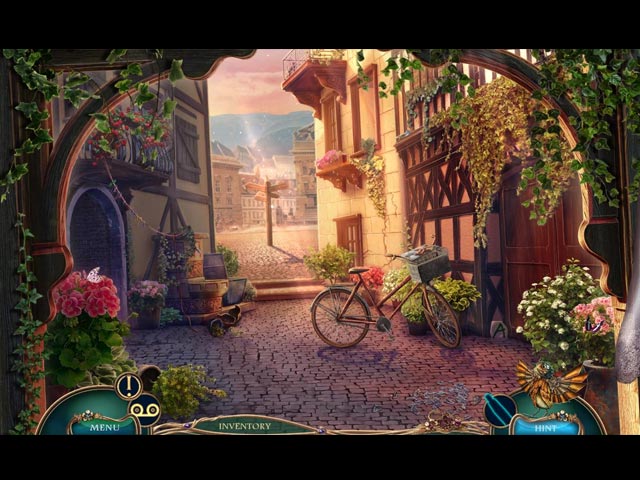 Spring is finally here and the sun that’s starting to shine on the sky makes it an even better experience and pleasure to try out some amazing casual games. We have, just like we do every month, the list of the best casual games launched in the previous month, in this case, the best games of March 2015.

I’ve tried to mix and match the genres so that every player is satisfied, but the truth is that – just like always – the quality of hidden object adventures is so great, just as the number of releases, that they dominate the charts once more. But we guarantee that all the titles below are simply amazing, so check out Unigamesity’s list of the best casual games of March 2015 below! 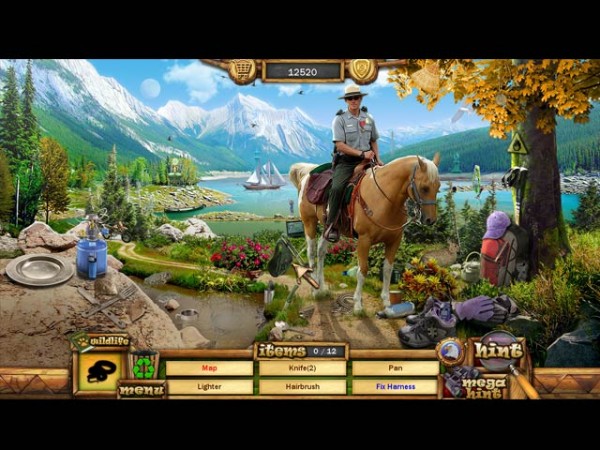 Join the newly promoted Senior Ranger for another truly sensational Vacation Adventure in the great outdoors! Explore Pinecreek‘s fabulous new features and facilities including the Visitor Village and Log Cabins, Campground for Tents and RV’s, the General Store and Mounted Ranger Stables. Walk through Arrowhead Arch, along the Apache Trail and Cherokee Rapids. Start your adventure now by downloading the game here.

Bridge to Another World: The Others 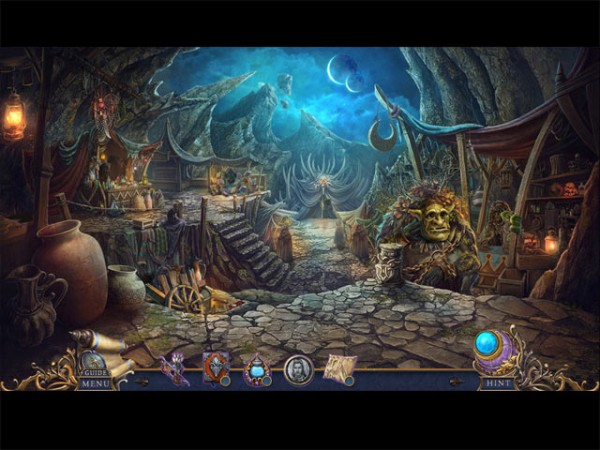 Ever since Jace was attacked by a mysterious being known only as an Other, you’ve devoted your life to protecting him and finding a cure for the mysterious curse the Other placed upon him. After years of fighting Others, you may have finally found the way to the world where they come from. But there may be more than the Others lurking beyond this portal. You may even find the answers to your past. Answers that have long eluded your grasp. Take a leap of faith and explore a new world full of dark magic in this thrilling hidden-object puzzle adventure game here. 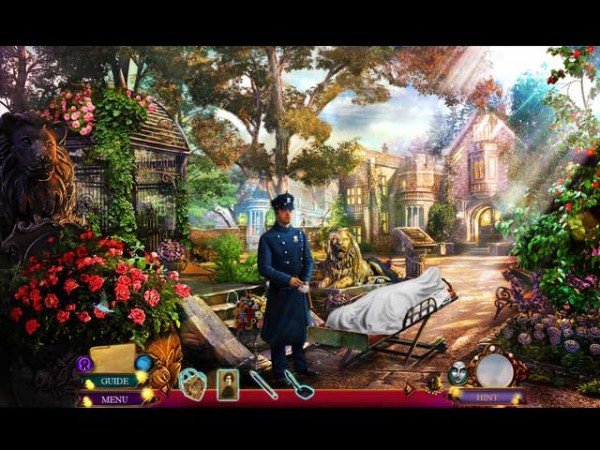 The Belfort Hall Academy of Dance is famous for transforming its students into ballet stars. But when the class star, Marion Ashworth is found dead in the school garden, shocking secrets are brought to light. It turns out the victim wasn’t who she claimed to be. And if that’s the case… was she, and where is the real Marion Ashworth? Examine the crime scene, interrogate the suspects, and follow the clues to find the truth. Click here to get started.

Off the Record: The Art of Deception 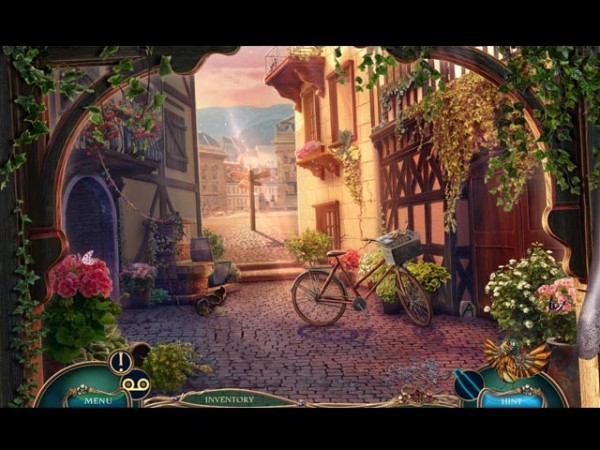 A lost masterpiece has just resurfaced in Austria, and Lisa Steiner, the artist in charge of restoring it, won’t talk to anyone in the media… except you. But when you arrive to interview her, Lisa runs away without explanation. Now you must decipher the secret clues hidden in her paintings to track her down and get your story. Lisa’s life – and yours – may depend on it. Dive into a gorgeous, artistic world as you uncover the truth. Head over to Big Fish Games to download the game right now. 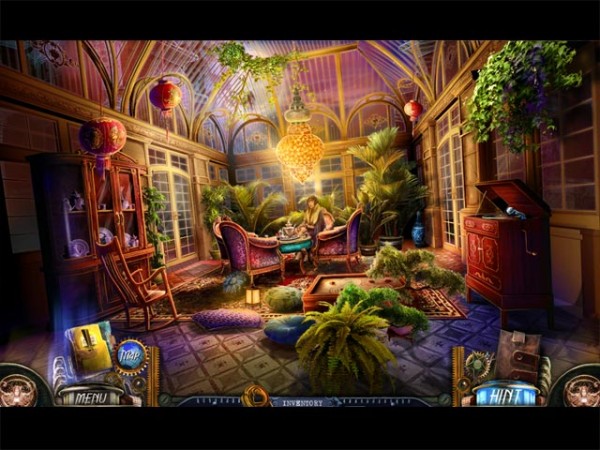 On the eve of his annual murder mystery party, wealthy businessman Reginald Greer is found dead at his home. You’ve been called to Brassfield Manor to solve the case… but it won’t be easy. There are plenty of clues and suspects to keep you guessing who killed Reginald Greer. Was it his spoiled daughter? His jealous son? His disgruntled business partner? It could be any one of the guests who arrived for a game… and stayed for a murder. Use a unique deduction feature to question characters and examine evidence to solve the mystery. Get started here. 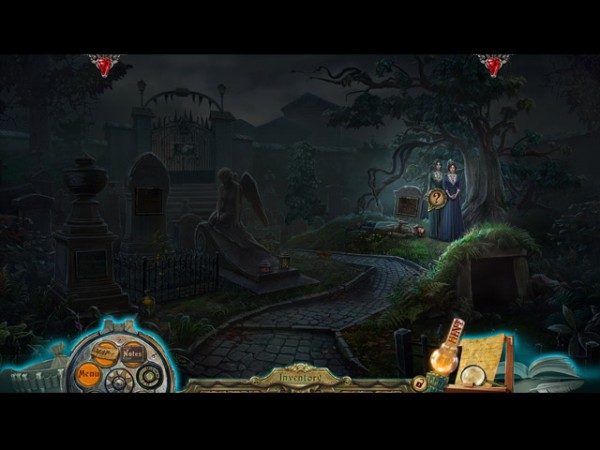 Another dark tale is told… From best selling game developer ERS Games comes another chilling Edgar Allan Poe mystery! This time, help a newlywed couple unravel the mystery of a strange threat… from the beyond. With Dupin as your guide, use a magic mirror and your own wits to track down all leads. Head over to Big Fish Games to download the game. 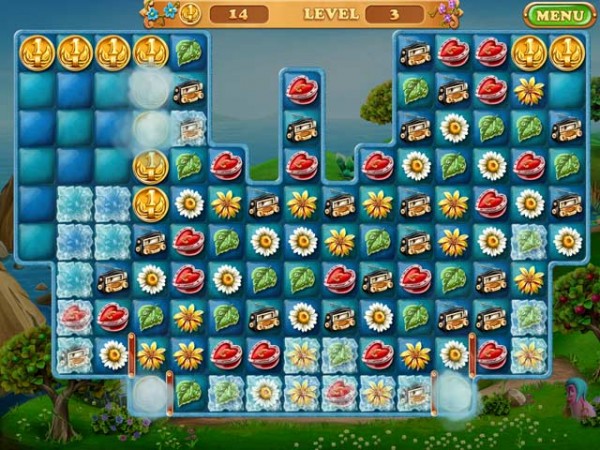 Who said that ghost are fearful and gloomy? That’s wrong! Ghosts are cute and friendly! Their world was beautiful and trouble free, until the day the Moon vanished from the sky. Now, the night itself seems to have vanished. What’s happened? Help the ghosts return the moon in this match-3 adventure, but beware, their world holds many mysteries. Get the game here. 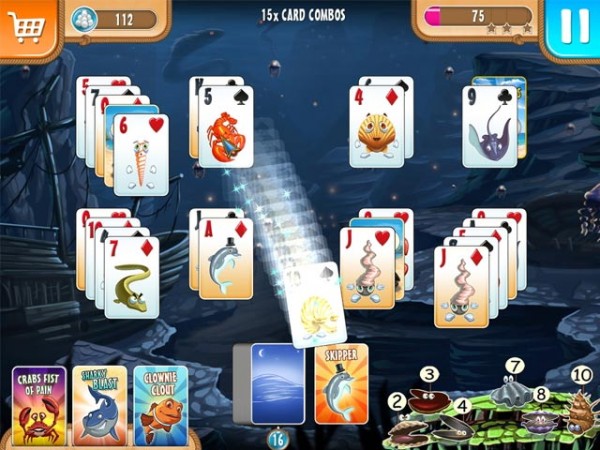 A strong hand of cards and a mind as sharp as a swordfish’s, well, sword is all you need for Sharky’s and Clowny’s latest romp! Join the two jolly friends on their quest to solve exciting maritime comic-style solitaire levels and help them defeat sinister bosses. Click here to find out more about this game! 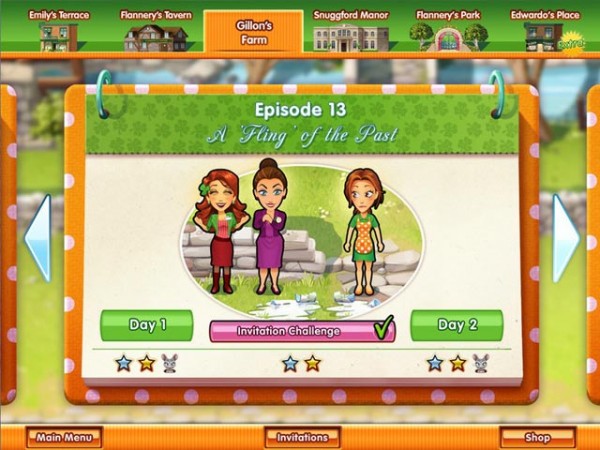 Emily’s big day is coming and you are cordially invited! Emily and Patrick are happily engaged, but when Patrick’s mom arrives, bad omens begin appearing. Now Emily and Patrick are in for the ride of their lives. Is their marriage written in the stars, or will fate deal them a bad card? Find out by playing the game here.

PuppetShow: The Price of Immortality 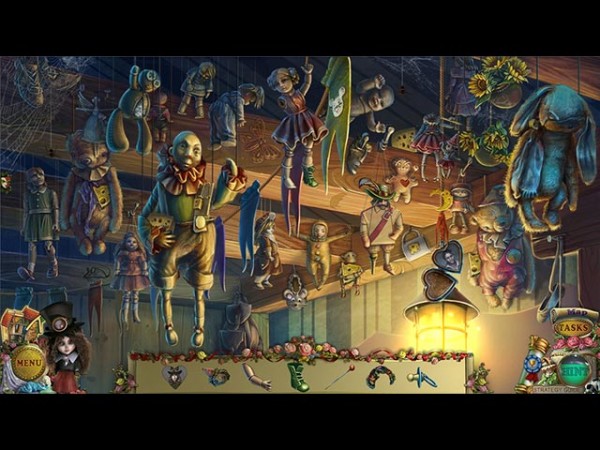 The Theater of Emotions has earned quite the reputation. It’s known all over France for its menagerie of life-like puppets, but it’s also notorious for all the reporters who have vanished trying to reveal its magical secrets. When your best friend, star reporter Enrique Torres, infiltrates the town to get the scoop of the century, he discovers the truth… only to vanish just as mysteriously as all the others. Now it’s up to you to find him! Just watch your back… You don’t know who you can trust anymore. Will this become the big story that makes your journalistic career? Or will it become your final assignment? Find out by getting this month’s top game on Big Fish Games.

So these are, in our opinion, the best casual games launched in March 2015. I hope you can find at least a new favorite and have fun playing them all!