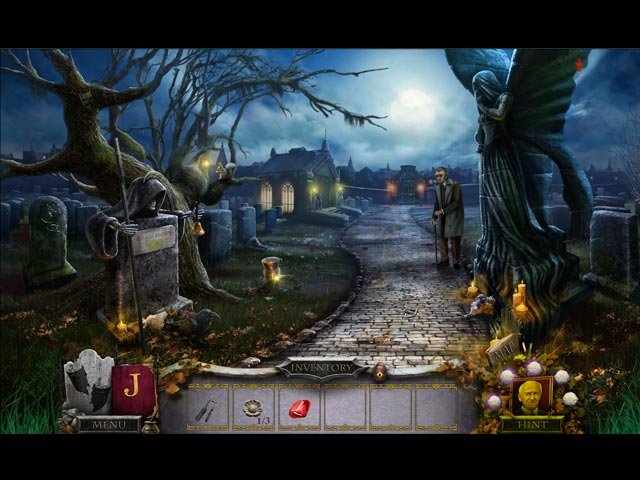 March was a really good month for the fans of the hidden object genre and the folks over at Big Fish Games want to tell us that the month’s not over and that they still have some great games to offer. Such a game is today’s release, Nightfall Mysteries: Haunted by the Past, a great regular edition game for those that, for some reason, didn’t want to invest in the Collector’s Edition. It’s not a massive loss and the price reduction will surely matter for many, so I thought I’d tell you about this one.

Here’s how the story goes in Nightfall Mysteries: Haunted by the Past: Your grandfather Charles was a kind and passionate man, beloved by all those who knew him. His death came as quite a shock to everyone around him. But you barely have time to mourn before you find yourself in the middle of an unexpected mystery. It turns out Charles did not die of natural causes – in fact, he had feared for his life! But who would want your grandfather dead?

The graphics of the game are not something to write home about – you have no reasons to complain, but none to be extremely excited either. They do a good job, but that’s about it. However, it’s not the graphics that you play hidden object games for, but the puzzles, mini games and story. And in these categories, the game does a really good job: even though the mini games themselves are a bit on the easy side, they are varied and fun and you’ll have no reasons to complain. Some of the HoS are a bit cluttered, but I really like them that way for the extra challenge.

Overall, Nightfall Mysteries: Haunted by the Past is a really good game and I personally believe that the Standard Edition that has just been launched is really worth the money – definitely more than the Collector’s Edition. So if you want to try a game that’s a bit on the easy side but still really fun to play, I’d surely recommend Nightfall Mysteries: Haunted by the Past. So click here to give it a try!