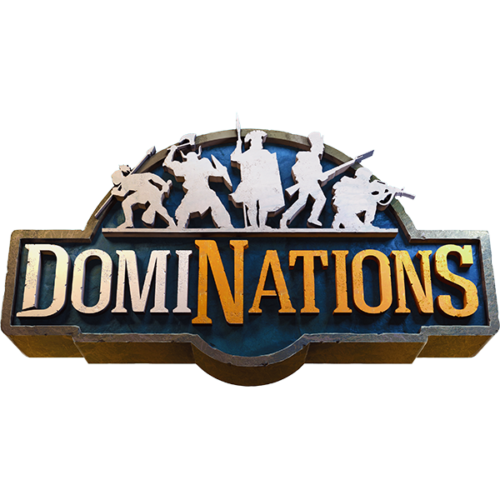 It’s not just Civilization II that put Brian Reynolds on my watch list – it was also a game by not-so-loved Zynga, FrontierVille. That was one of the most amazing, innovative and captivating social games that were ever built and certainly a one of a kind experience. And now, Brian Reynolds together with his team at Big Huge Games and with the help of Nexus, are launching another extremely promising game, DomiNations.

A social strategy game similar in concept with the well known Clash of Clans, DomiNations is almost as innovative for the social strategy mobile gaming genre as FrontierVille was for Facebook gaming. And I totally love it!

In the game, you start with a small tribe of clueless people that need your guidance to become one of the greatest nations of the world. Just like in Clash of Clans, you build up your base, upgrade buildings and defend your resources while attacking other players for loot and worldwide glory. Unlike Clash of Clans, there are a bunch of new concepts and amazing features that make this game unique.

For example, you get to build Wonders which give your nation various boosts, but you can only build one of for per age – and whatever choice you make is there with you till the end of the game. The ages themselves come with new buildings and improved visuals, while choosing the nation you represent is also a turning point in DomiNations: will you choose the Romans that have huge armies or will you choose the Japanese whose Peace Treaties last longer? You have seven nations to choose from, a ton of single player campaigns, multiplayer battles, alliances and overall all the reasons in the world to be excited. And if you need some help, it’s there too over at this fansite, if your friends and general knowledge starts to fail you.

So if you haven’t played the amazing DomiNations yet, don’t hesitate to head over to the App Store and download it right away. I guarantee you’ll love it!