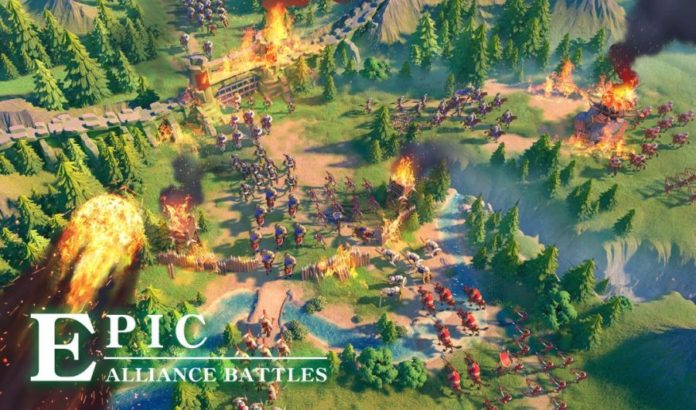 The world of strategy games on mobile keeps evolving and I am extremely happy about that. I say it because I am not particularly a fan of those rinse & repeat strategy games and I prefer some diversity when it comes to playing RTS titles on mobile.

I have grown playing all the classics – from Dune 2 to Age of Empires and Command & Conquer, including everything in between. Therefore, I love that type of strategy games and, unfortunately, that’s not something that you normally get on mobile, especially when it comes to free to play titles. Therefore, I usually get bored after a few days and stop playing.

But things are a bit different with Rise of Civilization – a mobile strategy game developed by Lilith, which is still in soft launch for a short while. I’ve been playing it for almost a month now and I’m still addicted to it, even though it can’t be compared to my childhood favorites.

Still, it is a great real time strategy game that you can enjoy playing on your smartphone, since it comes with some brand new features and unique approaches that manage to differentiate it from the rest.

And the best news? According to Rise of Civilizations fansite RoC Fanatics, the game is getting a worldwide release soon – getting out of the soft launch period and launching on both iOS and Android all over the world.

In Rise of Civilizations you get to choose one of several civs available in the game and build them into an empire. The nice part is that each civilization starts with a personal Commander to lead your troops (somewhat similar to the leaders in Civilizations). Each civilization also has a unique unit and specific attributes, meaning that the choices you make from the beginning will really make a difference.

And this is what I liked about this game – the fact that you actually have some choices and each player will actually have a slightly different game than yours.

Gameplay-wise, things are pretty much basic as far as mobile strategy games are concerned: you build various structures with different functionalities in your kingdom, train troops to build your army and conduct research to boost various stats of your units or civilization.

There is also a world map that you can explore – either for raiding other players, or battling Barbarians on the map or conquering resource points to help you build a bigger and better nation. You can join alliances and team up with fellow players to complete more demanding tasks and, all in all, everything is fun and great to play.

Rise of Civilizations will be released globally on September 21st, on both iOS and Android and you should definitely give it a try if you’re a fan of the genre.