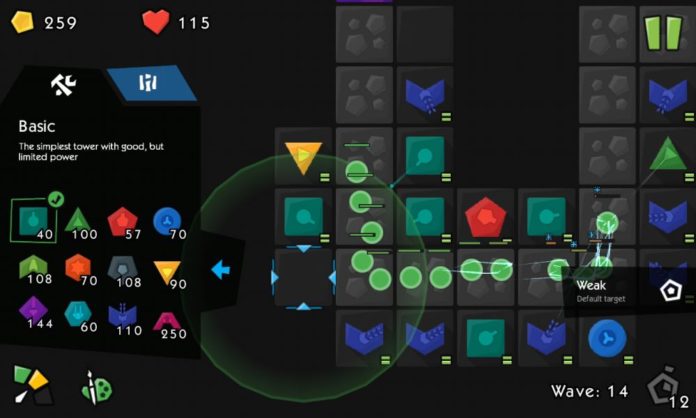 Today I will present you another awesome game called Infinitode published and developed by Prineside. This is a classic tower defense game which is focused mostly on the gameplay and the mechanics. You have to agree that when there are so pure gameplay and mechanics there is a risk for a lot of cons – sound, graphics, controls and so on.

But here I think that it is was worth it. Why? Because this game throws us back to the basic idea of the tower defense games. It even looks like some project made on some simple graphics program, but this is the charm of this game. I am not going to lie, this game is one of my favorites now.

The simple mechanics of this game make you think only for the strategy and the decisions you make in the game. I was mesmerized by the charm of this game and believe you will be too. 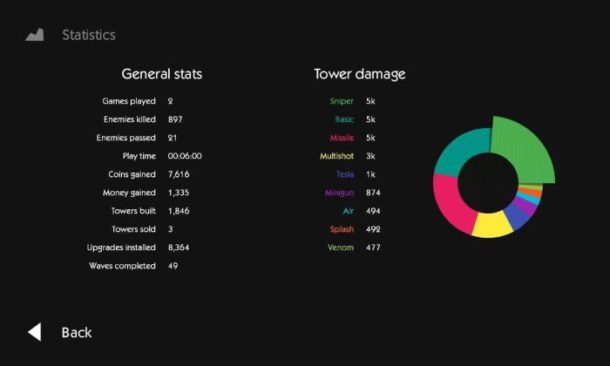 And now let`s talk about the gameplay of this baby. As I said the gameplay here is the strongest feature of this game. The graphics are really basic but this doesn’t matter. And so – Infinitode is a tower defense title, which promises an infinite number of waves.

Within these infinite waves, there are 12 different types of mobs that spawn. Amongst these mobs, there are normal ones, fast ones, strong ones, ‘bonus’ ones and much more. By killing a mob, you earn gold, which can be used to buy a tower or to upgrade an existing tower. Upgrades come in fours; range, damage, attack speed, and aim time.

This changes slightly for some of the other towers, such as the Freezing Tower, which replaces Damage with Freeze Chance. Once you understand the basics of a tower, you upgrade it and use it strategically to take down the enemies. With each kill of a mob, the tower gains experience and increases in level, improving the stats of the tower.

Each wave you clear goes towards your final score, which gives you some money at the end of the game. This money can be used in the upgrades store, which can get you bonuses to your existing towers, or for you to unlock more of the 12 types of towers. Once you’ve unlocked a tower, you can then further upgrade your improvements, by making a tower’s base damage go higher, or attack speed, or perhaps to give it a whole new feature.

And after all, I have said I will tell you this – Play Infinitode for pc! Everyone who love the tower defense genre and strategy games will fall in love with this great game.