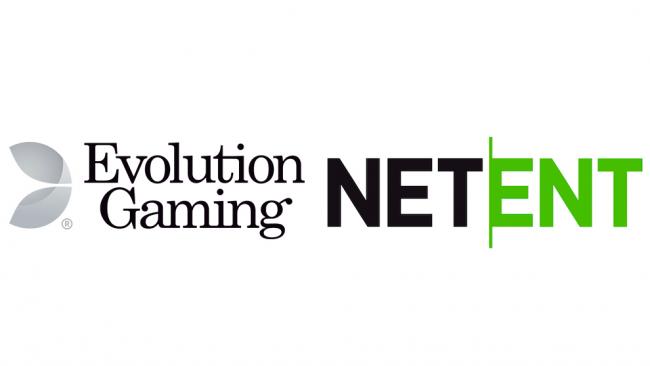 Last November, we’ve witnessed a massive loss in the market value of the Evolution. The online casino community was shocked by this significant loss, which was caused mainly because the Swedish giant was accused by U.S. legal firms for providing games to markets that are under U.S. sanctions, such as Iran. As a result, the company lost more than $3 Billion of its value, so many wonder what’s going to happen with the world’s biggest online casino game provider, which owns several highly renowned brands of the industry.

Among these brands, you can find NetEnt as well. This company was acquired less than two years ago, in a deal that’s worth $2.1 Billion. Evolution Gaming bought 90 percent of shares, which ensures full control of the company that’s best known for iconic slots games.

These days, many talk about NetEnt’s future inside Evolution and even consider a scenario where NetEnt could become bigger than Evolution by itself. The reason lay in the developing potential of this company, which has always been one of the biggest innovators in the industry.

NetEnt has been in the business for more than 25 years and it pioneered so many things in the online casino industry. Today, it is the world’s leading game provider and its games are an integral part of virtually every online casino on the market.

The company is most famous for some of the most iconic slot games and generous bonuses but this developer has been strong in other fields as well, including not just table games, but live casinos as well.

Evolution Gaming is a decade younger than NetEnt but it has grown so rapidly that it owns some of the most important brands in today’s industry, including NetEnt. Other owned brands worth mentioning are Red Tiger, Ezumi, Big Time Gaming etc.

Unlike NetEnt, Evolution rather put focus on live casino games, which are currently the most technically advanced form of online gambling. Moreover, Evolution Gaming is a leader in this segment. Still, many wonder if this could change in the future.

After the recent situation on the stock market, many wonder about Evolution’s future. Although the company is still worth over $30 Billion, there’s no doubt that this value drop caused a big earthquake, which could completely change the hierarchy in the company. In other words, many believe that NetEnt could become bigger than its parent company’s brand.

How’s that possible? Well, there are a few possible scenarios and we believe none of them would be accidental. The first thing that comes to mind is that NetEnt’s reputation remained pretty much untouched after the aforementioned accusation. So, a scenario where NetEnt goes up and Evolution Gaming goes down seems quite likely.

The second scenario is closely related to this correlation between the two brands and it could lead to pretty radical decisions. In this case, the company would discontinue Evolution Gaming as a brand and send all of its forces to NetEnt, while Evolution would remain the parent company’s brand.

Finally, we can hear rumors that suggest that Evolution could sell NetEnt sometime in the future. This doesn’t sound particularly likely to us.

Other Brands Owned By Evolution

Besides Evolution Gaming and NetEnt, this company owns a whole range of other brands that are also major players in the online casino industry. Some of them are:

Red Tiger: This company has been founded in 2014 and it quickly became a major player in the business, mainly because of a long list of innovations, such as a bespoke progressive jackpot system, a Smart Spins bonus management application, etc. Of course, there is also a generous offer of highly-reputable slot machines and RNG table games.

Ezugi: This brand is best known for its solutions in the live casino industry. Also, it is a company that puts focus on specific markets, such as South America, Africa, certain European countries etc.

Big Time Gaming: This company is primarily known for amazing slot games, as well as some revolutionary solutions, such as the progressive jackpot prize system, which offers 117,649 ways to win.