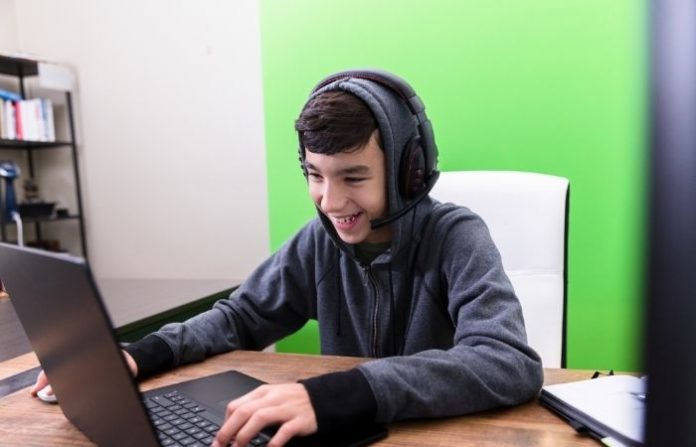 Have you ever wondered who the best gamers to follow on Instagram are? You’ll find answers here.

While esports as a legitimate career and professional gaming sector may have appeared like a mere dream a few decades ago, it has already become the norm.

Esport is not only one of the world’s fastest-growing sectors, but it is also one of the most profitable. This is especially so as  players are earning millions of dollars when they score high enough in the appropriate tournament. And It’s awesome that instagram is a safe haven for talented esport players to thrive.

As a newcomer or aspiring gamer, you can simply establish a foothold in the market by following established paths laid by gaming veterans. By learning from professionals in the sector, you may expand your reach and become more successful. This is why following top gaming Influencers on Instagram is a good idea.

So who are the most influential gamers to follow? We’ll show you the top 10 gaming pages to follow on Instagram right now in this article. Let’s get this party started.

Jessica Bravura, the real name behind the popular gaming personality Aphmau, is the first on this list. Jess, 39 years old, started her gaming journey from a young age. Jess’ gaming career specifically started from playing game consoles with her immediate siblings and extended family members.

Her first online game was FreQuency which was on PlayStation 2. However, after playing various games, Jess found her jackpot in Final Fantasy XI.

Aphmau has grown to become a popular Minecraft player and one of the top gaming influencers in the world. Jess showcases her family and career life on Instagram. Her Youtube account currently has about 13.1 million subscribers and she has 965,000 followers on Instagram.

Jelle van Vucht is a top gamer from Roermond, Netherlands. He was born in 1996. His online name is Jelly across Youtube and Instagram.

Jelly started his gaming career playing with his three-band group – Kwebbelkop, Slogo and Jelly. Today, he has recreated his gaming team, leaving Kwebbelkop out of the group. He joined Youtube in 2014 and is now amongst the top rated in terms of gaming content.

Jelly’s personality on the gram is a reflection of who he is and his love for the career path. At every opportunity, Jelly uploads content to push aspiring gamers to take the leap. His current follower count on Instagram is 1.2 million.

The Game Theorists is another top influencer on our list. Matthew Robert Patrick is the personality that founded The Game Theorist Youtube channel, which showcases different gaming videos. Matt was one of the first individuals who started showing live gaming on his page.

Matpatgt’s page on Instagram currently has 1.2million subscribers with over 278 posts. The bio on the page reads ‘creator of film theory, game theory, and co-host of GTLive.’ This interesting personality sure combines lots of other related stuff to his gaming career making him one of the top-rated in the industry.

Also known as Alla Marie Shelesh or Lia, Sssniperwolf is one of the top gamers in the world. Her rise to fame started from Youtube where she uploaded gaming content for her audience.

Before now, Lia got addicted to her playstation gift from her parents, which influenced the decision to delve into gaming. Specifically, Sssniperwolf focused more on the Call of Duty game, which eventually increased her views on the app. In 2020, Lia became the most subscribed female English content creator on Youtube.

Today, the gamer has 5.4million Instagram audience and 31.6million subscribers on Youtube. Lia thrills her Instagram audience with pictures and random gaming videos. Due to her popularity, many brands have collaborated with her to advertise their products.

Daniel Robert Middleton, is another top gaming influencer you should follow on the gram for inspiration regarding gaming content. This 30-year old individual is popular worldwide for his gaming content and commentaries on different games, including Pokemon, Minecraft, etc.

Daniel is good at what he does, which is why he has received several awards and set some Guinness World Records on gaming. His Youtube channel is the major place to get juicy content on gaming. Regardless, his Instagram page has lots of his raving fans who have gotten to love and appreciate his content.

Daniel has 3.4million followers on the gram and 849 posts consisting of everything he loves aside from his gaming career. His page one you should study if you aspire to reach his feat in gaming.

Jacksepticeye is an Irish gaming youtuber and influencer. This Irish individual is popular for his comedy series titled ‘Let’s Play.’ On his page, he features other top gamers to thrill his audience.

Currently, his channel on Youtube has 28.3 million subscribers and is rated as the most-subscribed Irish channel. Sean’s net worth is estimated at 25 million dollars as of 2022.

Sometimes, jacksepticeye features his clothing brand, The Cloak, on his Instagram page. The page currently has 7.7 million followers.

Fernanfloo is a Salvadoran gaming influencer and comedian. This personality was born in 1993 and created his first Youtube page in 2011. Here, he uploaded content related to videogames like Call of Duty, Mortal Kombat and God of War III.

In 2017, Fernanfloo created his app called the Fernanfloo Game, which eventually became people’s favorite. On his Instagram page, Fernanloo showcases the beauty of his language while also adding random videos of games.

No doubt, this individual has a good grasp of his craft and has gotten better over the years. His Instagram page currently holds 10.1 million subscribers with 127 posts.

Richard Tyler Blevins, is a popular American Youtuber and Gamer better known as Ninja in the tech world. For Blevins, his journey to discovering his path started from actively playing in an esports team.

Eventually, he rose to the hall of fame through playing Fortnite Battle Royale in the latter part of 2017. Ninja’s Instagram page Bio clearly states his passion and career. ‘I love video games and making people happy.’

His page currently has 13.1 million subscribers with 1.272 posts. Most of them are snippets from his games.

Pewdiepie is a Swedish Youtuber and gamer. He’s a 33-year old who has risen to stardom through his gift and talent for gaming.

Pewdiepie is known on Youtube for his Let’s Play Videos of horror and action video games. His channel was amongst the most-subscribed on Youtube in 2013. Today, the channel  has 111 million subscribers. Felix focuses on playing more of Minecraft and Call of Duty.

Pewdiepie’s personality outside the gram sure contributes to the massive followership he has on the app. His page and contents are beautifully designed to speak directly to his audience. He currently has 21.8 million subscribers with 773 posts.

The gaming industry is getting bigger by the day. As an aspiring gamer, the best way to learn about the industry is through the experiences of others. Follow the iconic gamers we’ve highlighted here and you’ll learn a lot.