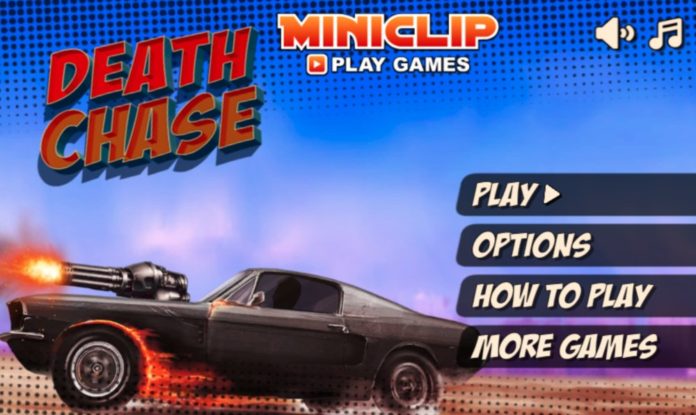 Death Chase is as exhilarating as it sounds. The new Miniclip racing game features high-speed adventures, massive explosions, and pure destruction on each course. Plus, it offers way more than most free games. There are 14 vehicles, 22 upgrades, and 168 levels. It’s time to put the pedal to the metal.

There are no traditional races in Death Chase game on Poki. Instead, drivers compete in all-out battles. The control scheme hints at the action, as the Z key is for jumping/slamming and X launches rockets. Jumping and slamming are both offensive and defensive maneuvers. At any point throughout each race, players can attempt to inflict damage upon each other. Every vehicle has a health meter. After taking too much damage, the vehicle will start to burn and eventually explode. Blown-up vehicles are restored mid-race, but the setback is usually too vast to overcome.

Drivers can employ several strategies during race battles. On the offensive, jumping onto and slamming other cars can be very effective. Taking out several competitors often leads to easier first-place finishes. However, jumping is a risky proposition. Incorrectly timed leaps can thrust a vehicle into obstacles and out of the competition. Defensive drivers can use the same jumping mechanism to avoid attacks and glide over traps on the ground. Since each level is so different, there isn’t always one clear strategy to victory. 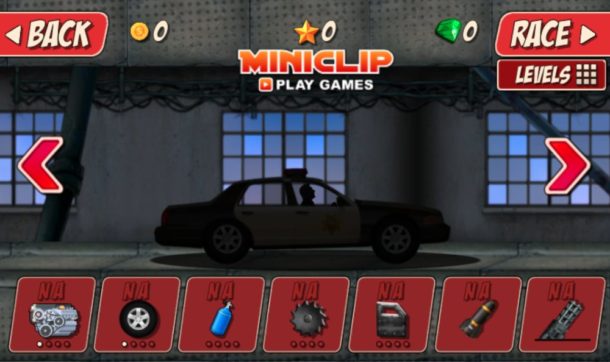 The Death Chase garage is filled with mean machines. The first available car, a light-blue VW Beetle, might look soft and slow. But, that coupe can fly. Players cannot repaint cars, but AI-controlled four-wheelers come in a variety of colors and designs. Speaking of variety, there are plenty of cars, vans, and trucks from which to choose. Low and sleek vehicles include police cars, muscle cars, and exotic racers. Moving up a weight class, the ambulance vans, buses, and monster trucks provide more power at the cost of speed. Beyond that, there are double-decker buses, big rigs, and fire trucks.

Every vehicle can receive a plethora of different upgrades. Increase the engine’s HP, spend gold on better tires, and acquire stronger NOS to gain an advantage over other racers. Upgraded blades and armor are essential for surviving speedy bouts on difficult courses. There are also two add-ons that provide the potential for pure domination: auto-aiming missiles and machine guns. The add-ons cost several emeralds, which are much more difficult to acquire than gold. 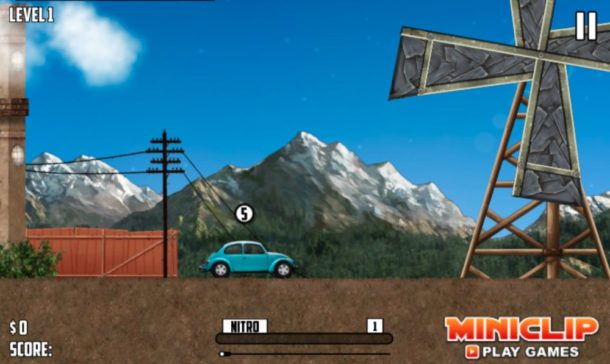 Death Chase is one of the most intense racing games on the web. The obstacles within each level vary even more than the vehicles and upgrades. No race is stuck to the ground, as cars are guaranteed to fly at some point in each course. There are inverted loops, shaky bridges, and fiery traps. Certain courses feature multiple routes to the finish line. What may seem like a shortcut could be a detour from the action. If you’re up for a new type of racing game—one that pits high-speed machines against each other—Death Chase should be at the top of your To-Play list.