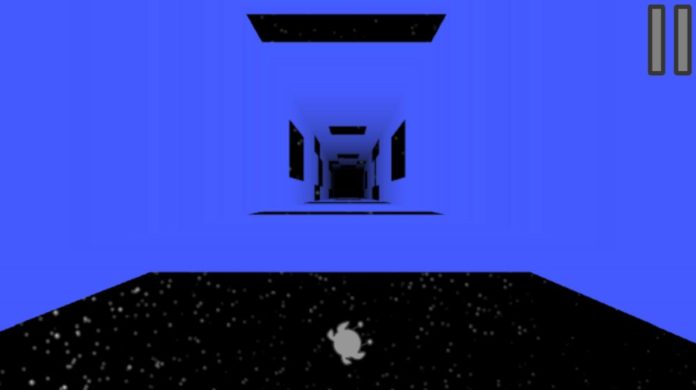 Here’s today’s question for you to ponder: what should a video game sequel be? Should the developers completely redesign the experience from the ground up and attempt to capture the same lightning in a bottle as the first game? Alternatively, should they simply iterate on and slightly improve the formula they created for their first outing, providing a similar experience for players who just want “more of the same”?

The correct answer is, well, a little from column A and a little from column B. The best sequels – Super Mario Sunshine, The Legend of Zelda: Ocarina of Time, Portal 2 – take the foundation created by their predecessors and improve on them, adding new features while retaining the core of what makes the series special. The worst ones – Devil May Cry 2, Bomberman Act Zero, Dark Souls 2 (yeah, we went there) – forget what made the original special and either live in their predecessor’s shadow or develop an unsatisfactory identity of their own.

All this talk of sequels brings us to Run 3, the latest in the long-running (ha) Run series created by developer Joseph Cloutier and available on Poki right now. The Run series is a reliable one; the original Run, while a little clunky by today’s standards, is a satisfying auto-runner, and the sequel improves on it in impressive ways, bringing a more visually and mechanically appealing sheen to the core gameplay. The third instalment, therefore, has a lot riding on it; it needs to maintain the momentum (ha) the series has been building while also creating an identity of its own as a game. 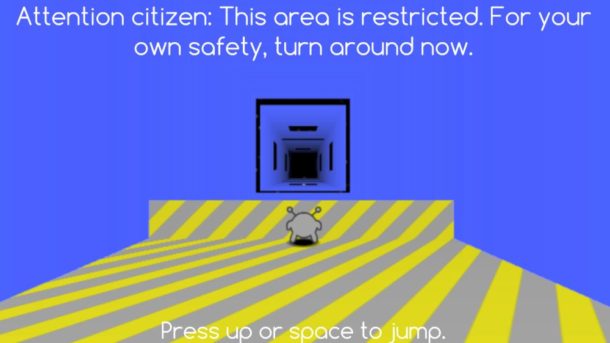 It’s our great pleasure to report, then, that Run 3 ticks all the boxes of a great sequel, successfully retaining the superlative look and feel of its franchise while also crafting its own legend into the bargain. Just like previous instalments, Run 3 sees players take control of a tiny grey alien out for a run, but this time there’s the slightest of narrative hints to get us going: right at the beginning of the game, our alien runs smack-dab into a police-style black and yellow barricade, along with a warning to “turn back, citizen”.

It sounds silly, but this tiny bit of narrative context is enough to transform the experience into something more substantial than its predecessors. We have some idea now of who we are and what we’re running from. It’s not much, and it doesn’t need to be much, but it’s enough. Of course, that wouldn’t mean anything if what followed wasn’t a patch on the other games in the Run franchise. Gameplay has always been the wheel that has steered the Run series to success, so let’s talk core mechanics.

Run 3 takes many of its predecessors’ core ideas at its centre. It’s still a third-person auto-running platformer, and the perspective is still firmly lodged behind the main character’s back. Gameplay’s still about avoiding drops and navigating space geometry, just like the previous titles, but a few key improvements have been made. Perhaps the most significant one is that rather than being split into different segments, Run 3 is now one giant seamless level. 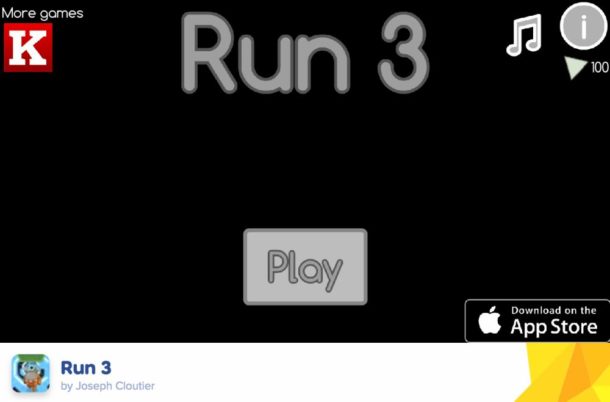 Okay, that’s not strictly true. The game’s still split up into stages (which can now be viewed on a rather adorable “galaxy map” from the main menu”), but while playing, level 6 will transition seamlessly into level 7, for example. This makes for a far more compelling play experience than Run or Run 2, since there’s no natural stopping point; these aren’t games designed for immersion, but they manage it anyway thanks to the lack of natural breaks.

Otherwise, Run 3 is still very much business as usual. A number of core mechanics are iterated on; platforms which break underfoot give the player extra chances to survive drops, and it’s now possible to unlock other runners and cosmetic features in order to augment the gameplay experience. At its core, though, Run 3 is still the excellent auto-running platformer its predecessors need it to be, and the new characters and cosmetic unlocks simply serve to enhance the solid bedrock at the game’s core.

All of Run 3’s new features are improvements, and we’re hard-pressed to find faults, if we’re honest. The game’s new tunnel-like structure is an improvement over the previous game’s floating platforms in space, because each level feels more coherent and “of a piece” than before. The music is better, with more of a sense of urgency to it to match the increased narrative tension. Finally, the visuals are superior, with enhanced animation lending our protagonist a cute relatability and making jumps and dodges feel all the more satisfying.

If this is your first Run game, you couldn’t have picked a better place to start. It’s still well worth visiting the older entries in the series, just to see where it all began, but Run 3 is the best game in the franchise yet.