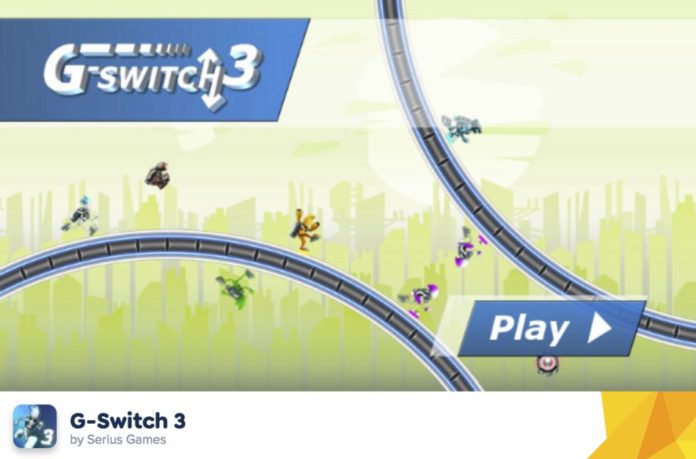 It’s difficult to imagine the gaming landscape without the humble jump. Ever since the original Donkey Kong back in 1981, gamers have been surmounting obstacles by effortlessly leaping over them, leaving barrels tumbling into the aether and enemies looking on helplessly as gravity is constantly defied by the heroic protagonist du jour. It’s not an overstatement to say that jumping is a crucial part of gaming history.

What happens, then, when we remove that ability? What happens when we create a platformer in which it’s impossible for the player to jump? Well, we’d need to replace jumping with an equally satisfying and useful mechanic; something that still allows us to get past the many obstacles in our way and performs the basic functions for which jumping is normally used. One could reasonably argue that it’s pointless to do so, but experimentation is the spice of life, and the removal of jumping has led to wonderful games like VVVVVV, Captain Toad: Treasure Tracker and Toki Tori 2.

Into this venerated landscape comes G-Switch 3, an awesome game on Poki cast in the mould of VVVVVV and sharing some mechanics with that game. G-Switch 3 is refreshingly light on narrative context; you are a person who either likes to run a lot or is being forced to do so in an effort to escape some nebulous authority or pursuer, and run you must. The game is nominally a platformer, but like our earlier examples it doesn’t have a jump button; instead, players must navigate the game’s world entirely by using a gravity-switching mechanic (the G-Switch of the title). 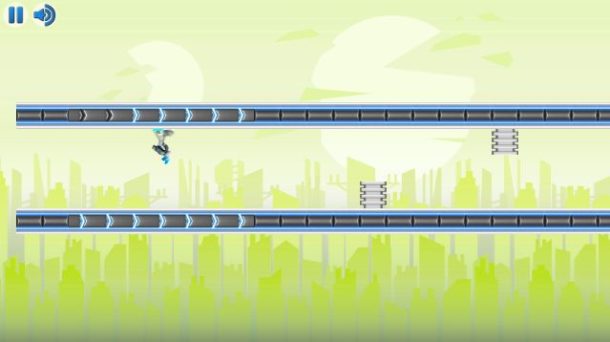 Let’s back up a little. G-Switch 3 comes to us from Portuguese indie developer Serius Games, whose previous titles include two prior G-Switch instalments and Hyper Tunnel among others. Like the previous two titles in the series, G-Switch 3 is a 2D platformer with extremely light puzzle elements and a healthy dollop of auto-running thrown in for good measure. Players are constantly running on a set of tracks, with several concurrent tracks running alongside them; pressing the space bar allows switching between the two tracks, which is the primary way of dodging obstacles and avoiding death.

You read that right: there is literally only one button in G-Switch 3, and it’s not even used for jumping. Many games would struggle to get away with such a minimalistic control scheme, especially in the age of feature-rich sandbox titles with huge amounts to see and do. G-Switch 3 is confident in its concept and execution; it knows its platforming is tight and compelling enough to reward basic skill and reflexes rather than needing to constantly distract the player with needless baubles. If you’re in the market for something that relentlessly tests your twitch reflexes and keeps you wired while you play, then G-Switch 3 is for you.

Part of how the game achieves that feeling is down to its presentation. G-Switch 3 mixes a murky neon lime backdrop with a clearly-defined track. Its aesthetic is as minimalistic as its gameplay, but the lack of visual clutter simply allows the core loop to shine through and gives each obstacle definition. How many platformers have you played in which visual sheen and trickery mean it’s actually quite difficult to differentiate between dangerous obstacles and background clutter? G-Switch 3 suffers from no such problem, and the play space is clearly defined at all times. The sound, too, is excellent; there’s only one music track, but it’s looped well, creating a constant feeling of urgent tension that escalates as the difficulty rises. 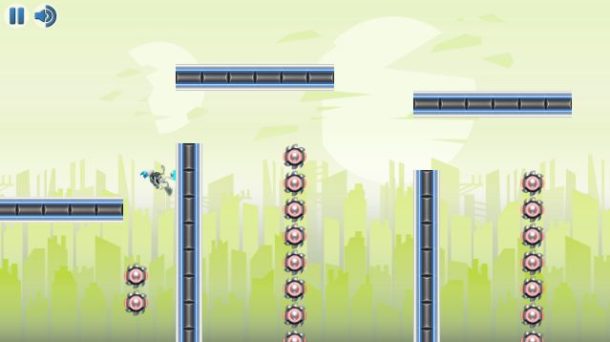 All of which brings us to G-Switch 3’s most compelling feature by far: its difficulty curve. Rarely have we played a game in which the difficulty is so perfectly tuned. G-Switch 3 wordlessly introduces its core mechanics, then immediately begins to play with them and subvert players’ expectations. Light puzzle elements are introduced in the form of guiding clones, which will switch their gravitational orientation simultaneously but must still both be guided to the finish line of each stage together, meaning players need to think about two different characters and the obstacles they face. It’s a bold decision for a mechanic that already switches up everything we know about conventional platformers, but it pays off.

Add to this some well-thought-out scenarios and genuinely mind-bending platforming challenges and G-Switch 3 looks like a very enticing proposition indeed. There are bells and whistles: there’s an endless mode for those who simply want to test their mettle and chase a high score, and there’s a multiplayer mode if you fancy getting a friend involved.

In addition to this, there are secret characters which can be unlocked through collecting optional tokens hidden throughout the game’s stages. Said characters simply add a new visual sheen to your avatar, though, and don’t impact gameplay any, so they’re just a nice bone thrown to the completionists.

All in all, G-Switch 3 is an extremely enjoyable experience. Its simplistic mechanics belie a surprisingly well-designed and structured platformer that layers challenge upon challenge without ever feeling unfair, while its excellent music and visual presentation make it a joy to behold. Give this one a try and you won’t be disappointed.