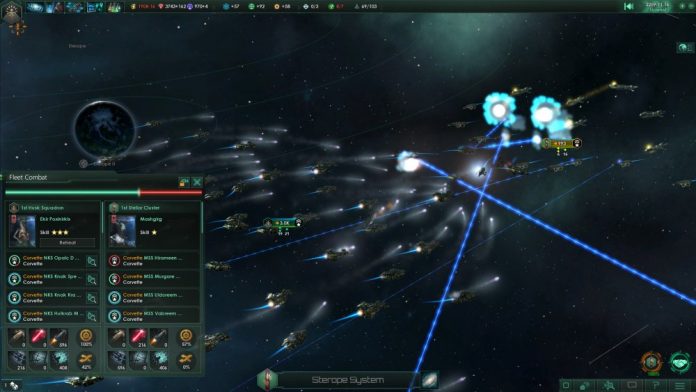 Stellaris was one of the biggest and most pleasant surprises last year when Paradox released the new IP and it quickly established a fan base – myself included. Today I have some great news coming from Paradox, the game’s developers: the first major expansion has been announced for strategy title. Prepare for Stellaris: Utopia!

The Utopia expansion will give us more exciting features and gameplay elements, making an already great game even better. The expansion will deliver more types of space stations and constructions that open alternate avenues for making your species the dominant power in the galaxy. Other goodies include Megastructures, Habitat Stations or the Rights and Privileges mechanic.

But probably the biggest improvement we’ll see in Stellaris: Utopia is the introduction of Ascension Perks. These will unlock as your civilization evolves, basically giving them the option to choose one of three possible evolution paths: biological, psyonic or synthetic, each with various options within. Increased complexity is always welcome!

Now here is a breakdown of all the other changes I’ve mentioned above:

Paradox also launched a quick teaser trailer for Stellaris: Utopia which you can watch below:

There’s no release date for this expansion, but we’re sure it will come very soon.