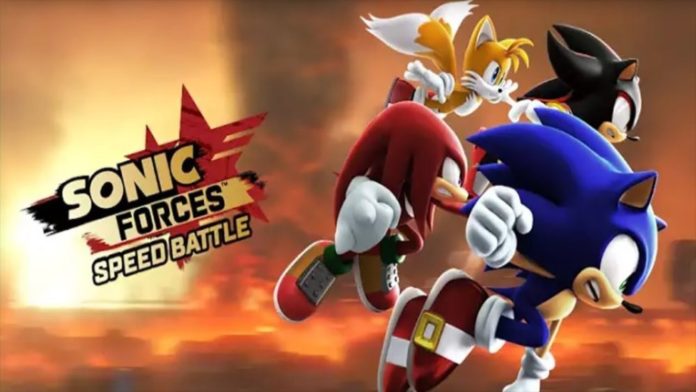 Those of you who love running, but are upset that the cold weather outside doesn’t allow you to run as much as you’d like to each day, worry no more! SEGa’s got you covered, at least virtually, with some of the best runners in the world. They all meet to test their skills (and yours) in Sonic Forces: Speed Battle.

A running game that comes with player versus player mechanics, Sonic Forces: Speed Battle features a ton of characters from the Sonic franchise, like Sonic, Amy, Tails, Knuckles, Shadow, Rouge and more. You will have to perform well in races in order to unlock them all, but you’ll have tons of fun doing so and it will all be worth it.

But you’ll get the skills you need no matter what and the funnest way to learn all the secrets is by playing the game, which is available as a free download on both Android and iOS powered devices. Perfect since more people will get the chance to play, making everything more fun.

From what we’ve seen so far, there are some lag issues that make the races unplayable on some occasions, but the game has been just launched and I am sure that Sega will quickly tune things up and we’ll soon get a flawless running experience, ready to challenge friends and strangers for supremacy.

Here are the top features of the game, listed in the official description:

BATTLE TO WIN
● Run faster with on-track dash pads and grind rails
● Drive other players into obstacles and Badniks
● Attack with Mines, Lightning, Fireballs, Tornadoes and more
● Win trophies to unlock a variety of new and challenging tracks

RACE WITH THE ULTIMATE SONIC TEAM
● Race as Sonic, Amy, Tails, Knuckles, Shadow, Rouge, and more
● Unlock new and rare characters including Omega and Vector
● Compete for Rings in every race to upgrade your characters
● Top the leaderboards

This is definitely a game that’s worth checking out, so waste no time and head over to Google Play or the App Store and download it for free today!