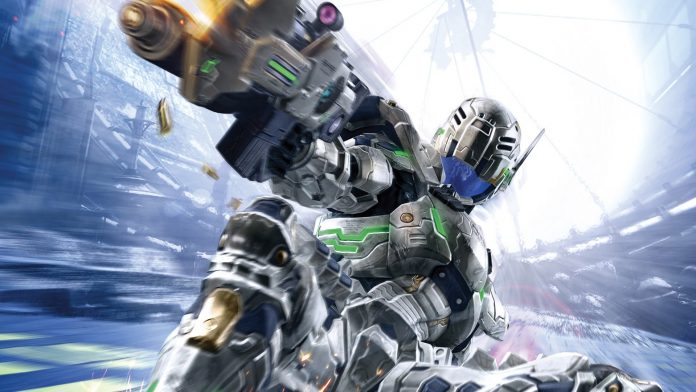 Last month we talked about how Bayonetta‘s PC port was doing very well both review and sales wise. It was a good sign because Bayonetta’s success could pave the way for future PlatinumGames’ titles to arrive on the PC as well. We mentioned that we really enjoyed the lesser known Vanquish quite a bit. Well, it seems like our love didn’t go unnoticed – Sega has officially announced Vanquish is getting a long awaited PC port later this month!

If you’re not familiar with the game, you might be a little confused about our article title. High-speed? Cover shooter? Aren’t those two like, completely different things? You’re right dear reader, but that’s exactly why Vanquish is such a celebrated cult hit. The game managed to blend two seemingly different mechanics into one central core mechanic. Instead of hiding behind of cover and waiting for the right moment to retaliate, you’ll fling yourself out of cover with bullet time, you’ll boost slide across gaps to go in for a quick melee kill, or you can even toss grenades and shoot them straight out of the air for a quick and unpredictable explosion. This isn’t your ordinary everyday shooter – this is a cover shooter with an energetic Platinum twist.

Vanquish prides itself on its old school arcade design. The story is purposefully over-the-top and completely bonkers, the characters are pretty silly, but that’s aside the point. You’re here to blow stuff up, dodge thousands of missiles, punch the living daylights out of ROBOTS, and even parry laser sword blows with your FISTS. Did I mention you’re in control of a super powered suit that has rocket boosters all over it? While it’s definitely easy to pick up and have a blast with, there’s a ton of depth for the hardcore gamers. The game is designed to be replayed and replayed to maximize your score, and it’s tons of fun to figure out what nets you the best points.

If you’re an action game aficionado, we can’t recommend Vanquish enough. Good news to anyone interested – if you’ve bought Bayonetta on Steam already, Vanquish will be 25% off. If you don’t own Bayonetta, both games will receive a 25% discount if you buy them at the same time. Vanquish launches on Steam May 25th.