The smartphone industry has extended its business beyond our imagination and as the smartphones users are increasing day by day so is increasing the gamers. Clash Royale is one of the best smartphone games I had ever played. It has become much popular now a day among teens and adults as well. If you are a beginner who had just downloaded the game and is struggling to be perfect, then this guide would be very helpful for you to win battles and various tournaments.

Gold is the most important currency in the game that give you power to upgrade your army and make them more powerful to work with all the guts they have. The source to earn these coins is by winning battles to get chests worth gold. Also, you can earn it by free daily chests. The upgraded troops are worth to use in battles but upgrading each and every troop from starting is a foolish thing. Firstly, upgrade only those troops which you use the most and save gold for major and big updates that you need to do as you progress in the game.

Taking part in challenges, tournaments and battles is the best way to earn more and more gl then by waiting for chests to get unlocked. The Grand Challenge can make you earn a lots og gold that would help in instant upgrading of troops that costs more than enough.

Keep Variety in your Deck 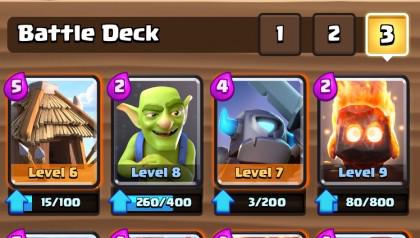 The most important thing is to set a strategy for clash royale and have a good enough deck to win against your enemy. Although, it’s a little difficult task to understand the army you should use but as you progress you will learn how to have a powerful deck.
Mix the low and high elixir both kinds of troops so that you have a choice while in an attack otherwise at a particular moment you won’t have any card you can lose easily. Have both air and ground type troops in the deck. If you enemy got better troops than you then use Dragon or Minions to damage them and then counter attack with your other troops. The game is all about strategy, timing and the efforts that you put to win the battle. 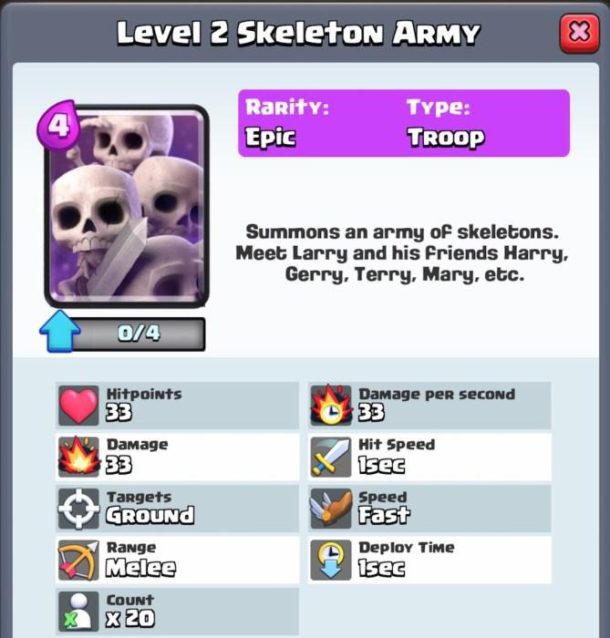 Skeletons are good troops when used wisely and carefully. They would be used in both, while attacking and in defense as well. If you pair them with Giant then watch how they take down the tower and take you a step ahead to win the battle. Use them to quickly stop a Giant or Prince and make sure if you can do this then why not your opponent. So I always have a backup plan of arrows with my Giant or Prince to take down the skeleton group at once. But keep my words what works now might not work after an upgrade so you need to be alert and should change your deck whenever necessary. 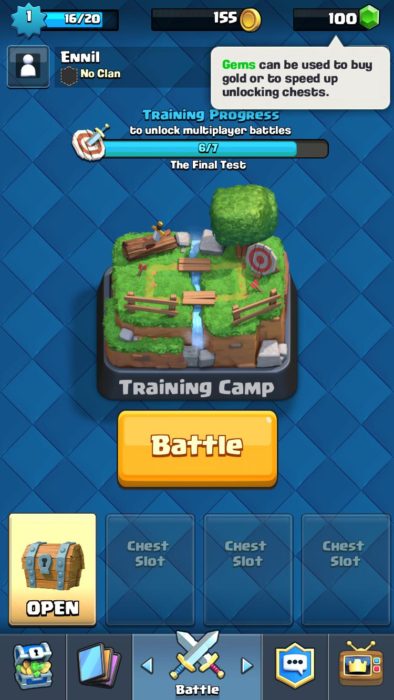 This strategy would be a little silly but I use it often because it works very well. A player would not lose battle and make him hurt but it is good to lose sometimes to win in the main battle. Try out new decks of your own in the training battles and have some fights with clan members.

Once you feel that you are done and you would win the multiplayer battle with the new deck, go ahead and get more trophies and gold for your progress.

As I said earlier this would not work always. But to let it work you should have a good defense as well. It will allow you to get some time to get elixir bar filled and then deploy your best couple of troops to damage the enemy easily.

Another great idea is saving your best cards till 1:00 min of time and then surprise your enemy with a win. If you attack first you have lost your best card and enemy would get your strategy easily.

At certain times rushing an attack would put you in trouble and a good player will do as we have mentioned above and then attack to win battle like a pro. If you deploy too much of troops then you have to wait for certain time to get more elixir and enemy would win at that time. Be sure and confident with what you do.

Always keep spells as backup and deploy them whenever necessary. Take your time and be precise about what you are doing. And the best part of this game is that many times what you would never work can take you to be the winner of battle. You can even rush at times in the middle of battle to give a surprise to enemy but be prepared for the defense attacks.

Use Spells with Mind

You should often use spells when you start to own one. After playing for about a week you would have Freeze spell. The card, as the name suggests freezes everything. I usually keep it for the last minute as surprise for enemy and quick win.

You can even use a combination of Rage spell and Giant to quickly destroy enemy’s base and then try to deploy a Balloon with Rage to over the game if you can make it to tower.

The strategies and tricks mentioned above have been tested by us and would definitely make you a very good player within a month or so and then you will also play like a pro. All these strategies make the game more interesting and amazing. Tell us in the comment section if you won with these and ask out if you have any problem with any of the strategy mentioned above.