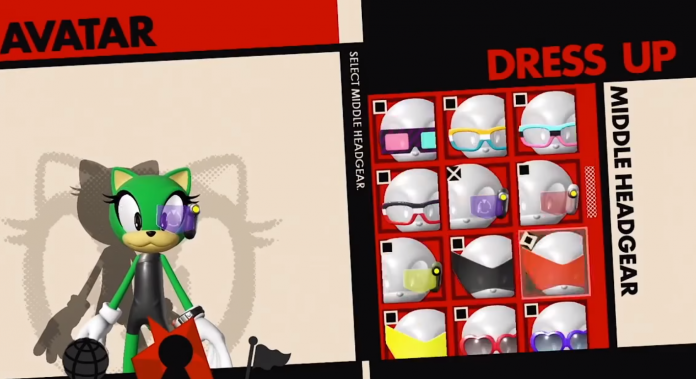 To anyone who grew up during the Sega Genesis era, you know Sonic the Hedgehog very well. Heck, even if you didn’t grow up during that time or never played any of his games, he’s just as popular as our friendly neighborhood plumber. If you loved the Sonic games as much I did, there’s a good chance that at some point you thought up of your own character to be in the Sonic world. Well, it’s been a long time coming, but now our chance to step into the spotlight has finally arrived.

Today Sega revealed another trailer for the upcoming Sonic Forces, the newest 3D/2D game in the blue blur’s series. Modern Sonic and Classic Sonic team up once again ala Sonic Generations to save a world that’s already been conquered by the nefarious Dr. Eggman. This time though, they’re accompanied by an all-new hero: you!

It’s time to reach for the kid in your heart as Sonic Forces will let you build and customize your own hero to fight alongside both Sonics. Judging from the trailer, you’ll be able to choose between different races seen throughout the Sonic universe, like foxes, rabbits, and of course hedgehogs. You’ll be able to outfit them with a variety of clothes, including shoes, gloves, tops, bottoms, and a wide arrange of fancy headgear. I’m definitely putting a pair of slick goggles on my guy.

That’s not all – you’ll also be able to equip your hero with gadgets. The cinematic trailer shows off a wrist-mounted grappling hook that the custom hero uses to distract the giant Egg Robos. The “Park Avenue Hero Gameplay” trailer shows this off during actual gameplay; the grappling hook will allow you to grapple to floating balls letting you traverse big gaps with ease. We also get a glimpse of a flamethrower gadget, which lets you melt down rows of robos.

Sonic Forces is currently scheduled for a Holiday 2017 release.