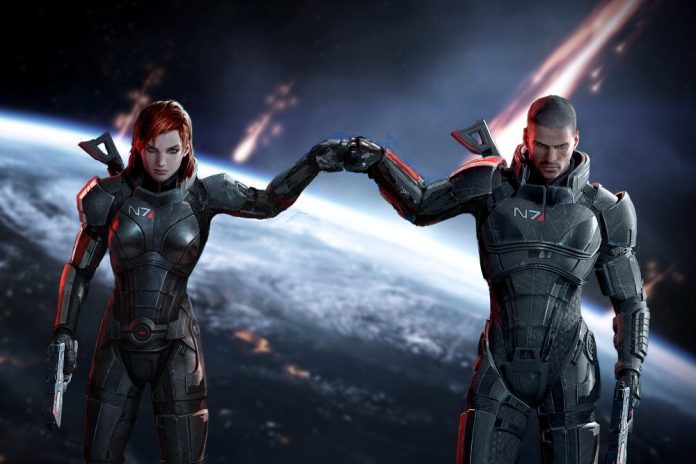 It took 5 years for the fourth installment of the Mass Effect universe to hit shelves, but it tookless than 24 hours for gamers to flood the Internet with their thoughts on the game—and they’re not flattering. Gamers took to social media to ridicule the glitchy animation riddling MEA, turning what was supposed to be BioWare’s crowning achievement into the laughing stock of the Internet.

The Mass Effect franchise was known for its character-building games that relied heavily on dialogue, so people had high hopes for Andromeda. Unfortunately, they weren’t quite able to recreate the magic of the previous installments, and as a result, they released a flat game with glaring animation and voice acting blunders. 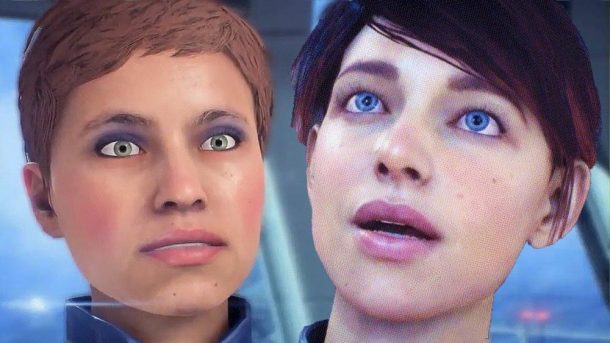 MEA is full of dialogue-driven scenes between characters. These moments are designed to develop the gravitas behind the game, building tension and suspense at equal turns. In a perfect world, the voice acting and animation would complement one another perfectly so as to highlight these moments, helping you get lost in Andromeda’s universe.

We are lost somewhere— but instead of immersing ourselves in the game’s world we’re dropped unceremoniously into the uncanny valley. Close ups reveal a plastic-y, robotic look that’s quite distracting. There’s just something not quite right about any of these characters, and they end up making facial expressions that are downright unsettling.

Despite showing off impressive high resolution textures, like the freckles or pores on skin, the animation is actually a huge step backwards when compared to Mass Effect 1. With 10 years separating these games, you’d think MEA would be the better example of animation. While it has a better quality of details, it lacks the life-like quality that we all fell for in the first game. 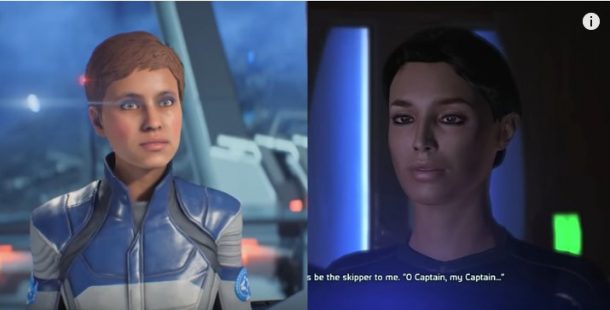 Meanwhile, the lacklustre animation is coupled with some questionable voice acting choices. Perhaps the most notorious is the exchange between Ryder and Addison, during which Addison says, with dead eyes, “sorry, my face is tired”, begging us to question if this was an apology given on behalf of BioWare’s animators.

But it’s hardly the only example of how the voice acting and animation has failed in the game. Issues with walking causes characters to waddle in a bow-legged fashion; NPCs are semi-corporeal, at times passing through you and solid objects, while at others standing in your way to act as an effective barrier; and far more serious glitches (in terms of gameplay) that cause Ryder to freeze until your restart or die.

This My Face is Tired scene, along with several other inexplicable shots, has of course become giffed, memed, and otherwise chewed up and spit out by gamers. Twitter is full of people sharing the best/worst parts, and you can find compilations of the worst offenders quite easily.

BioWare has claimed they’ll be issuing patches for some of the problems, but MEA’s lead designer, Ian Frazier, has said that for any character animation “that ship has sailed.” So it looks we’re stuck with these glitches, leaving many people wondering if they still want to buy the game at all. At $80, it’s a considerable purchase just for the lols.

You’d be much better investing in a game like The Last Guardian or Resident Evil: Biohazard. Neither game is without fault but they both deliver solid graphics, even if you aren’t playing them on the PS4 Pro and its 4K capability —which, just like MEA, isn’t necessarily worth the extra money. There other, better games to replace Andromeda, you can always create a custom PS4 skin for your existing console to capture the novelty of a new system without the price tag. PlayStation 4 skins are inexpensive and can reinvent the look of the system with colorful, texturized decals.

Metacritic gave The Last Guardian and Biohazard an 82% and 86% respectively. Compare them to MEA’s 71%. You may want to rethink investing in BioWare’s latest release. The game was too ambitious, with too much focus on its open-world element—one of the game’s redeeming features —and not enough time tweaking these facial tics and animation bugs. You may as well wait until you can find it in the bargain bin and buy it knowing full well you’ll never fully immerse yourself in the universe.