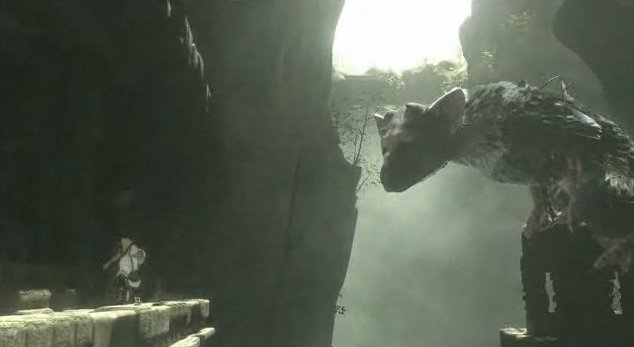 If you recall the original reaction to Mass Effect 3‘s ending, it was demonstrably harsh criticism. Then, when asked for an ending that better suited the entire purpose of personalizing and investing in your Commander Shepard, gaming journalism fired back with gamers being “entitled” (when, really, they meant “spoiled” but that’s besides the point). But gamer “entitlement” is a horribly perverse way of describing your rights as a consumer, which is so utterly devious that I can hardly believe that it’s taken such power in the gaming lexicon and recently it was proven during the whole fiasco with IGN and The Last Guardian revealed to still be in the works.

To start, is there something resembling “entitlement” in this argument? Definitely. If you waltz into Ground Zeroes and you’re upset that you’re not actually playing a racing game then there’s really no one else to blame but yourself for not doing the proper research. Caution is absolutely necessary when purchasing any product. With Mass Effect 3, if you had followed that game up until the end and then the main selling point of the franchise turned out to be utterly and completely irrelevant then you have the right to be displeased. It doesn’t matter whether or not you thought the ending was good, per se, but rather that the ending ran contrary to what you were ultimately led to believe would be the case.

For a game that championed itself on having huge, game-altering choices that would reverberate across the entire series it failed to deliver in its ending because in spite of the incredible scope of Mass Effect 3 and the excellent narrative tone it established and further demonstrated through gameplay it completely undoes everything you’ve been able to work for by lazily throwing out three nearly identical cutscenes that last for all of about ten minutes for you to choose from. After almost hundreds of hours of content, it’s fair to say that all of your accomplishments add up to nothing special or that you feel somewhat cheated–especially considering the fact that there’s this audacious plug for DLC immediately after the ending cutscene rolls.

When The Last Guardian reveal happened, people were challenged for their inquiries into the game’s status and development and dismissed as an entitled. But that’s ridiculous, because expecting some transparency in these organizations should absolutely be something all gamers, especially as consumers, should strive for. Dark Souls 2, on console, looked significantly less impressive than what was first shown. The official website for the game still shows the original lighting in photos, which is hardly a proper representation of the final product. But, hey, you got the game so that should be enough to satisfy you and your complaints are invalid and petulant whining.

When you address these weaknesses with some sort of criticism, you are branded as whiny and entitled and that’s ridiculous. It’s your obligation as a consumer to demand better from the companies that produce your enjoyment. If you let them have free reign then there’s no point to analyzing or challenging games with any kind of scrutiny. This is the difficulty with treating games as an artistic medium. On the one hand, Bioware is a group of artists and they should be able to freely do what they will with their properties. But on the other, there is a world of difference between saying “I don’t like this and everyone who does is an idiot with no taste, change it” and “this isn’t what you said you were promising me, change it”. Video games, if treated as art for the purpose of this example, are a tricky form of media because your investment in them is so much more engaged. A movie is a passive experience and what you see is what you will get each and every time you see that movie. A game, however, can theoretically offer a unique experience each time you play it so if you die in a game you have to change that. This isn’t possible in any other media.

When comparing the ending of a video game to that of a movie, the mistake is, firstly, that the movie can never be changed and you only sink a few hours into it at the most whereas a video game can take upwards of hundreds of hours. You are considerably more invested in a video game. So by buying into this concept of gamer entitlement, it encourages this patently absurd and vicious cycle where legitimate complaints are callously dismissed as “whining” because of the cultural attitude that is perpetuated by the worst parts of gaming culture that want to quickly condemn and eliminate any particular mindset that doesn’t agree with the individual in question.

That’s most likely where the label of “entitlement” is born from and that frothing anger and frustration with certain companies or issues doesn’t help it at all and only gives the other side all the more opportunity to tell you to shut up and just enjoy the video game that was graciously made for you, you had better enjoy it. You have a lot of power to wield as a consumer and absolutely are “entitled” to look out for your interests or openly criticize decisions. What you aren’t, however, is to belligerently force your opinion of what is objectively the right answer of what good games are. At that point, you’ve totally lost the plot and become the ‘whiny brat’ that is quickly scapegoated and condemned when actually questionable decisions and anti-consumer practices arise.

An important takeaway is that you are just as qualified to have opinions on video games as any one in the world who writes about video games. The customer is what stands between a very bleak and dismal future for gaming so you stand as a sort of watchman. Gamer entitlement has become alarmingly ingrained in any discourse about games and this is only fueled by gamers policing the interests of other gamers. There’s no one right answer as to how one should combat the accusation of gamer entitlement but the first step is to approach the issue at hand and criticize with validity and reasonableness. Don’t let corporate interests or people caught up in the concept of gamer entitlement rob you of your power as a consumer or shame you into believing that you don’t actually have that power, but at the same time you would do well to realize that the customer isn’t always right. Be informed, be aware, and exercise open-mindedness when you critique games or the industry. It’s an unfortunate hoop to jump through, but is likely one of the surest ways to combat the narrative of gamer “entitlement” and hopefully prove that gamers have the potential to make critical observations that aren’t “just whining”.