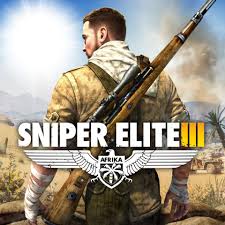 The third entry in the Sniper Elite series has debuted at the top of the UK All Formats Chart.

Sniper Elite 3 follows in the footsteps of its predecessor, Sniper Elite 2, which took first place back in 2012. According to Chart Track, Sniper Elite 3 on Xbox One and PS4 made up 65% of its sales units this week.

Watch Dogs manages to hold onto second, whilst last week’s number one EA Sports UFC finds itself down in third this week.

Titanfall slips down to fourth whilst Wolfenstein: The New Order occupies fifth.

FIFA 14 takes sixth with a new release on last gen consoles and PC, GRID Autosport, entering the charts in seventh.

Call of Duty: Ghosts stays in eighth, with the ninth and tenth spots held by Minecraft, which have had a switch over this week. The Xbox 360 Edition is up to ninth with the PS3 Edition down to tenth.

Elsewhere in the charts we have Transformers: Rise of the Dark Spark, which launches in 12th place, and the last new release of the week, Bandai Namco’s One Piece: Unlimited World Red which is finds itself in 28th place.

No new releases on the horizon this week, meaning Sniper Elite will have to try and hold strong sales this week to keep a hold of first place.