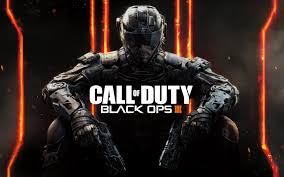 Call of Duty: Black Ops III has broken through the $550 million global revenue mark in its opening three days on-sale, Activision has announced.

The mark means that Black Ops III is the biggest entertainment launch of 2015 so far across all of games, films, books and music launches.

For comparison, it seems that Black Ops III has had the best launch for Call of Duty since Black Ops II back in 2012, which made around $500 million in the US alone in the first 24 hours on sale.

The records keep rolling for it, as Black Ops III has also become the best-selling digital full game in the history of the PS4.

Activision paid tribute to the games fans for their support, after it was revealed that gamers had clocked in more than 75 million hours of online play during the opening three days. This means that so far Black Ops III has been played for more hours than any Call of Duty game to date.

“Call of Duty’s millions of passionate fans have shown us, yet again, the strength of their commitment to this enduring franchise,” said Bobby Kotick, Activision Blizzard’s CEO. “Call of Duty: Black Ops III is the biggest entertainment launch this year in any medium, and bigger than any theatrical opening weekend ever.”