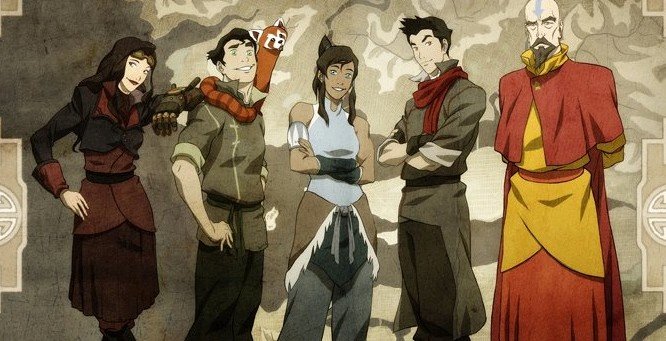 In a surprise announcement, Activision revealed a pair of games in development based on the hit Nickelodeon show “The Legend of Korra,” the sequel series to the massively popular “Avatar: The Last Airbender.” The first, which will arrive in late 2014 for PS4, PS3, Xbox One, Xbox 360 and PC, will be a third-person action action game developed by Bayonetta and Metal Gear Rising: Revengeance studio Platinum Games.

Taking place between the show’s second and third seasons, players will control Korra and master all four bending elements: water, earth, fire and air to fight villains and foes from the TV show such as Mecha Tanks and Chi Blockers. 3-on-3 Pro Bending matches will have a presence in the game, but it is unknown if it is a multiplayer game mode or a story event in single player.

The second game based on the world of Korra is a turn-based strategy game for Nintendo 3DS developed by a lesser-known studio, Webfoot Technologies. The 3DS version will probably take inspiration from the Fire Emblem series, as it plans to “focus on tactically maneuvering Korra and her allies on the battlefield,” according to Activision.

This is big news for licensed games with Platinum Games coming on board to develop a Korra game. Publishers tend to hand off game development of popular name brands to second-rate studios and end up with rushed products. Platinum’s resume for quality over-the-top action is an interesting choice for the Nickelodeon show, but considering Avatar’s lackluster game history, it looks like a gamble that could pay off big for Activision.