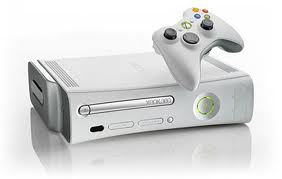 Microsoft has announced that the Xbox One will feature backwards compatibility with Xbox 360 games.

The reveal was made during Microsoft’s E3 conference, and will feature over 100 titles available at launch.

Microsoft also promised that ‘hundreds more’ will be added in the months after the update goes live. The process made to enable backwards compatibility was noted to be a very simple process for future updates. Microsoft says that all developers need do is ok the game for the update, no extra work on their behalf is needed.

The system will allow you to play both physical and digital games from your 360 library, with digital games being added to the ‘My Games and Apps’ section of your games library. Disc-copies will need to be installed onto the Xbox One in order to play them. Games you already own will be free-to-play.

After showing off Mass Effect during its conference, a small list of some of the games available to play initially have been revealed.

The free update will be made available for free during the holiday period, so autumn. However, those that are a part of Xbox’s Preview Programme are able to try it now.

What are your thoughts on this development? What would you like to see added to the list?