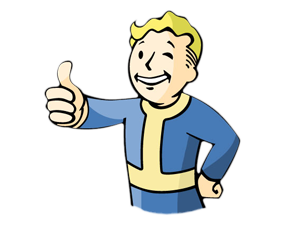 Bethesda has announced that Fallout 4 mods made for the PC version will be compatible with the Xbox One version, and is hoping for the PS4 version to follow suit.

The announcement was initially made during Microsoft’s E3 conference, with no cost for transferring the mods.

During YouTube’s E3 coverage, Bethesda said the Fallout 4 Creation Kit will launch in early 2016 for PC, followed by Xbox One and later on, PS4.

Also announced was that, in keeping with Microsoft’s latest announcement of the Xbox One’s backwards compatibility, early copies of Fallout 4 on Xbox One would feature a code for Fallout 3. The code will be available for the first 90 days after the games release, which was announced for the 10th November.

The game will initially take place before a nuclear war, and features the character creation taking place whilst looking in a bathroom mirror, and allows you to choose between male and female. Your couple, along with their baby, see a bomb alert and make their way to Vault 111. 200 years later, the player character emerges from Vault 111 as the sole survivor.

Other features noted were the ability to rebuild the world as you explore, and allow you to create your own shelters using scrap items from the Wasteland. You can build terminals which can be connected to power grids to generate power. You can develop these areas into settlements, which can get attacked by rebels, so building defences such as turrets will be an important aspect of keeping your newly built areas safe.

There is also the ability to enhance your weapons with items you gather, with Bethesda saying there are over 50 base weapons and over 700 mods available.

Finally, Fallout: Shelter was released on Apple devices, and places you as an Overseer for a Vault of you own, managing its inhabitant’s stats, and keeping an eye on the power supply, food sources, etc. to keep them happy and help them survive and repopulate.

The app is a free download, and has no paywalls to inhibit progress. There will be optional extras available to purchase with real money, such as extra lunchboxes.

You can view Bethesda’s full Fallout 4 E3 showcase below.