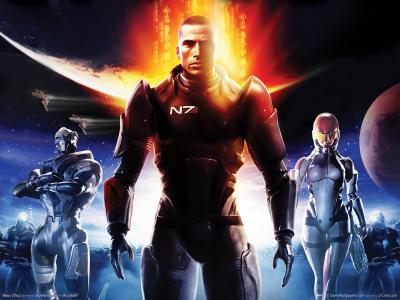 Fans expecting to receive some new updates on Bioware’s next Mass Effect game this year might be disappointed, as the developer confirmed that it might share some news sometime in only 2014.

On an interesting tweet, BioWare Edmonton and Montreal general manager Aaryn Flynn had this to say concerning the game: “More info sometime in 2014 I hope. That’s the most specific I can be.” Flynn’s tweet follows the cryptic updates Bioware shared on Twitter last month on N7 Day. Photos of possible new vehicles, characters, and settings were shared, but were only shown off as slight teases.

The new title will run on EA’s and DICE’s Frostbite 3 engine and will be bring something fresh and new, according to executive producer Casey Hudson. In addition to the new game, Bioware is also currently working with Legendary Pictures in creating a Mass Effect feature film, but details have been painfully scarce.

There hasn’t been any news regarding which platforms this Mass Effect game will be available on when it does come out, but we should expect to see on the PC, PS4, and Xbox One upon its release date.