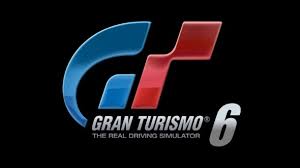 tion 3 exclusive racer Gran Turismo 6 has debuted with close to five times fewer sales in its first week than its predecessor Gran Turismo 5, which launched back in 2010.

The only major new release this week, GT 6 arrived in the charts in eighth position in the UK All Formats Chart.

It is quite easy to point to the release of the PlayStation 4 as a reason behind GT’s drop in sales, however many big franchises have seen their sales fall behind when compared to those of the previous games in their series, notably Assassin’s Creed, Battlefield and Batman. The figures even fall short when factoring in the next-gen sales.

Chart Track reports no movement in the top three this week, with Call of Duty: Ghosts leading the pack once again with FIFA 14 and Battlefield 4 in second and third, respectively.

Assassin’s Creed IV: Black Flag is able to climb up to fourth, while Grand Theft Auto V moves up to fifth.

LEGO Marvel Super Heroes is able to keep a hold of sixth whilst Just Dance 2014 is able to climb two spots to seventh.

Killzone: Shadow Fall drops down to ninth and Batman is able to hold steady at number 10 this week.

Elsewhere in the charts, the surprise last week, which saw PlayStation 4 exclusive Knack outsell Super Mario 3D World, continues this week with Knack dropping to 18 and Mario falling to 20 this week.

The UK All Formats Chart Top 10 (Week ending 7th December) is as follows:

With just over two weeks until Christmas I doubt there will be too much movement in the coming weeks, with some of the big hitters still performing well in the charts, however you never know, if Knack can beat Mario, anything is possible.