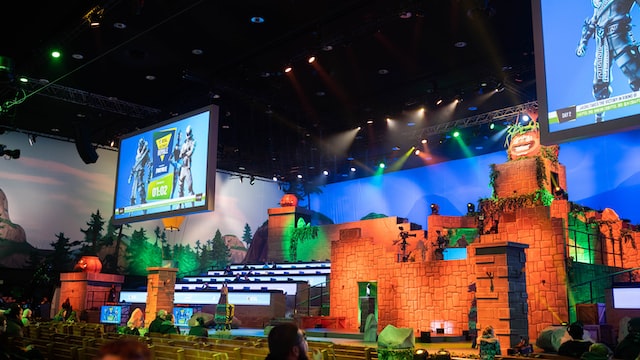 There are many genres of video games. You can play first-person shooters, war games, action games, strategy games, and fighting games, as just a few examples. One of the biggest is the sports genre. These games involve players being able to simulate playing games and in some cases building franchises and player careers.

Sports video games have evolved over time. It used to be, such as with early classics like pong, that you just played a version of the sport. Not long after, you could start taking control of teams and take them through tournaments and seasons. Then you could create your own players and teams. That brings us to know, when many sports games provide a full simulation of what it’s like to run teams and play the games. As the genre has evolved, there have been several franchises that have arisen that keep changing the game. Here are the best of them.

It’s always good to start with the best-selling sports franchise of all-time. This is not surprising, since soccer is the most popular sport in the world. However, this franchise has been a hit in countries that aren’t traditional soccer hotbeds, including the United States. This series started as FIFA International Soccer back in 1994. For that game, you could take control of an international team and guide it to the World Cup. The next version in 1995 included club teams, and has expanded ever since.

In 2023 the franchise will introduce its 30th version. Each version has slight improvement on the previous one, with some games representing larger evolutions. For example FIFA 16 introduced women’s teams, and FIFA 08 introduced the “Be a pro” feature. That meant that you could control a single player during games and guide them through a career.

This football simulation game bearing the name of a beloved broadcaster, now has 42 editions. THere has been a new Madden game every year since 1990, with 1988 being the first one. The Madden franchise was designed to be as realistic of a football simulation as possible. It moved away from the arcade style of previous games and offered real NFL playbooks, accurate player grading, and play-by-play from Madden himself.

In 1998 the sports game franchise introduced “franchise mode.” This allowed players to not just take a team through a single season, but they could take them several seasons to try and build a dynasty. They could draft players, hold training camps, and sign free agents. Madden was one of the first to do this, setting the stage for other games to follow suit.

NBA 2K blasted onto the scene in late 1999 in a market where there was already a very popular NBA basketball simulation game. There has been a new 2K every year since then, and the other game, NBA Live, has gone into seemingly permanent hiatus. NBA 2K thrived because it focused on excellent basketball gameplay. It made controlling teams and players much easier than the competition, and the graphics made it smooth and almost like watching a television broadcast.

Over time NBA 2K developed a GM and a franchise mode. You can create players, create teams, and customize a lot of how you play. Recently the franchise introduced a “streetball” mode. You can play in various locations and environments with hand-picked teams to win tournaments and prizes. The NBA 2K franchise has many available versions on YuPlay’s Steam section, so you can purchase the newest and more recent versions at discounts.

Professional wrestling isn’t a sport in the sense that the outcomes of matches are predetermined. However, that doesn’t mean that the video game can’t be presented as a sport. There has been a new WWE 2K game every year since the first one debuted in 2000, under the name WWE: Smackdown. The first game started much like sports games do. You could take your wrestler through “seasons” where you competed for belts until reaching the heavyweight championship.

In future versions, various features were introduced that have become staples for the franchise. For example, in 2006 the franchise introduced “dirty” and “clean” options. You could choose to have your wrestler fight dirty and get booed by the crowd. In 2003 the games started having “story” modes instead of seasons. You could choose who you wanted your wrestler to feud with, and which belts you wanted to pursue. As you won, you could unlock special features and hidden wrestlers.

These are just 4 of the best sports video game franchises on the market. Every year they release new games that improve on the previous ones, so there is always something exciting to enjoy. Sports games are the 4th most-popular video game genre, which means that they take a significant share of the market. You can expect these amazing franchises to keep producing games well into the future.