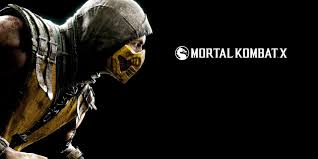 Mortal Kombat X storms to number one in the UK All Formats Chart as the game achieves the second biggest launch week in 2015 so far.

The PS4 accounts for 61% of Mortal Kombat’s sales, with the Xbox One coming in with 38% according to Chart Track. Only Battlefield: Hardline has managed a better week one performance this year.

Hardline finds itself in third this week after four weeks in first, the longest run of any game this year. It finds itself behind Grand Theft Auto V, which jumps up to second thanks to the release of the PC version, as its sales rise by 94% on last week.

FIFA 15 drops to fourth, but was only 60 sales behind Battlefield: Hardline this week. Despite a drop in sales, Bloodborne climbs up one place to fifth.

Minecraft once again occupies two positions in the Top 10 this week. The Xbox Edition is up two to eighth, whereas the PlayStation Edition climbs five places to ninth.

Dying Light climbs one spot to round off the Top 10 this week.

No new releases next week, so Mortal Kombat will have to battle the same competition next week for first place.