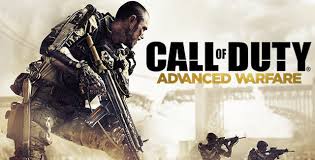 Call of Duty: Advanced Warfare has claimed another week at the top of the UK All Formats Chart.

Advanced Warfare has now equalled the eight weeks spent at the top by FIFA 15, which sticks to third place this week, along with Grand Theft Auto V in second as the Top three remains unchanged.

Assassin’s Creed: Unity jumps four places this week to fourth, thanks to a price cut by retailers. According to Chart Track, the average selling price for the game dropped by £5, from £32 to £27.

Minecraft sticks together this week, with the Xbox Edition holding onto fifth place, whilst the PlayStation Edition managed to climb three places to sixth, despite suffering a 6% drop in sales.

Destiny is another game to climb this week, up three places to seventh, its highest position since the first week of the year.

Call of Duty: Ghosts is down a spot to eighth this week, as Far Cry 4 tumbles three places to ninth.

The Top 10 is rounded off by The Crew, which goes up one place.

The biggest loser this week is Saints Row IV: Re-elected/Gat out of Hell, which falls eight places from fourth to 12th.

Next week we see the first big release of the year enter the charts, with Evolve now out. Also expect an appearance somewhere from The Legend of Zelda: Majora’s Mask and Monster Hunter 4 Ultimate, which come out alongside the New 3DS and New 3DS XL.