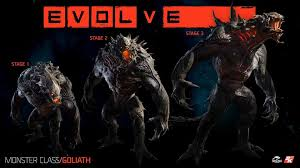 Evolve has taken first place in the UK All Formats Charts in its debut week.

The Xbox One version edged out the PS4 version, with Chart Track saying Microsoft’s console beat Sony’s by a mere 400 units. The PC version accounted for only 3% of its total sales. Evolve also manages to become Take 2’s first chart topper that was not part of the Grand Theft Auto franchise since Bioshock Infinite topped the chart in March 2013.

There was a new console release this week, with a new version of the 3DS seeing the handheld’s sales boosted by 57%. This also helps the console see two new entries in the top five this week.

In second is The Legend of Zelda: Majora’s Mask 3D, which becomes the biggest selling title on a single format this week. Another 3DS title, Monster Hunter 4 Ultimate, takes fourth place in its first week in the chart. It manages to improve upon its predecessor Monster Hunter 3 Ultimate’s sales by 95%.

Call of Duty: Advanced Warfare makes way for two new entries to come in third this week, whilst Grand Theft Auto V is down three places to fifth.

FIFA 15 is in sixth this week, as Far Cry 4 climbs two places off the back of a big retailer promotion to seventh.

The Top 10 is rounded off this week by Destiny, which is down three places on last week.

It’s good to see some new blood in the charts, and next week will see another, with the PS4 exclusive The Order: 1886 out next week, and should cause a dent in the chart.