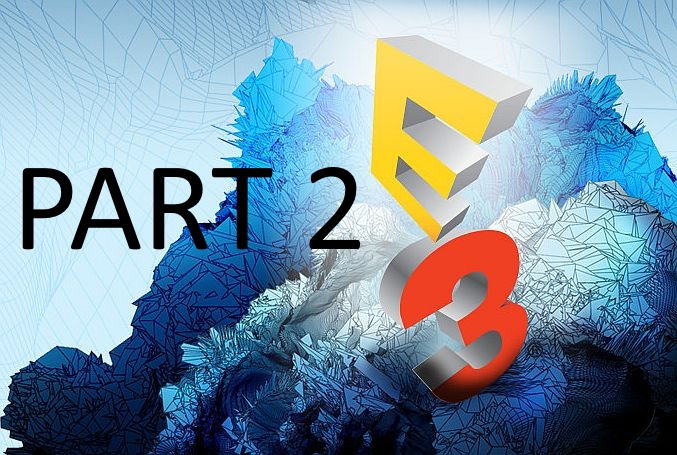 Welcome back gamers! E3 continues to shine through the week, and today there were a ton of surprises in store for us! On Tuesday June 13th, Square Enix had their own personal conference like Bethesda did over the weekend. They showed a lot of their own personal projects which I’m sure most of you are already of. If you’re not, let’s dive right in!

First up, Square’s mash-up fighting game Dissidia is finally back with a new installment: Dissidia Final Fantasy NT! It seems like they took a page from Arc System Works’ book, as NT will be a three-on-three fighter. The game still plays like the fast-paced, high-flying Dissidia we know from the PSP, so we’re pretty excited!

And of course Nintendo came in full-force. The Switch hype train has no brakes, and we witnessed that in full glory! We believe in good news first, so we’ll drop the bomb: Metroid Prime 4 is officially confirmed for a Switch release! After ages of nothing Metroid related, many, MANY fans rejoiced. The trailer for it is nothing more than a incredibly short teaser, but it still stirred up many emotions for us.

But wait! That’s not all! Samus Aran is coming back with a vengeance because we got not one but TWO Metroid games! Metroid: Samus Returns is a full-fledged remake of the Gameboy classic Metroid II: Return of Samus. Aptly titled, no? Now it kind of makes sense when Nintendo went after the acclaimed fan game Another Metroid 2 Remake or AM2R. They were making a remake themselves! Check out the trailer!

The hype doesn’t stop there! We got to feast our eyes on an all-new Kirby game for the Switch! This new game looks very similar to Kirby Return to Dreamland because of the four player co-op. We all cheered when we saw that the much requested ability combining system last seen in Kirby 64: The Crystal Shards is finally making a return in this new game.

We also can’t forget about Mario & Friends! A new Yoshi game is also in development and it seems to be a sequel to the incredibly cute Yoshi’s Wooly World. It’s a sort of 2.5D game where you’ll be able to move around on mostly flat 2D planes with some platform swapping thrown in for good measure. And of course, we can’t forget about the fantastic looking Super Mario Odyssey! We think the trailer speaks for itself.

Nintendo revealed a bunch of other spectacular looking games like Xenoblade Chronicles 2, Fire Emblem Warriors, and Rocket League among others like the new DLC for The Legend of Zelda: Breath of the Wild. Needless to say, a lot of gamers are already agreeing that Nintendo absolutely nailed it this year. Do you think they had a great show? I did, but we already know I’m a gigantic Nintendo fanboy.