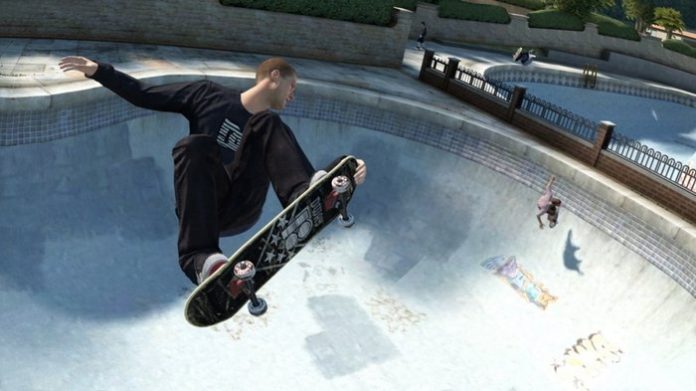 Earlier this year a tweet made by Daniel Lingen, one of the senior managers for community engagements at Electronic Arts gave born to numerous rumors that got out of control among the Skate games series fans. The rumor pointing in the direction of Skate 4 being currently under development was shortly invalidated by the EA CEO Andrew Wilson whom clearly specified that no sequel to the Skate 3 was on their current agenda. Even though the dreams of many got ruined instantly there were still some sort of hope among the die hard fans out there speculating on the unannounced titles scheduled for the E3 EA Play presser.

As the E3 2017 came and gone it also took away the fans last hope, thus giving birth to an avalanche of frustration that rolled out massively on Twitter against EA, as fans were assaulting the company’s Instagram accounts way back since 2012 demanding for a new episode aka Skate 4 to the franchise.

But why is there such a disagreement between the developers and the fans request, is the question that now sets on every skateboard games enthusiastic out there. Well, in my opinion, in order to give a satisfying answer to this we need to take a short, back in time travel and make a summary analysis.

Our first stop is of course the year 2007 when the first Skate title is released as a direct rival for the Tony Hawk Pro Skater series that comfortably ruled this niche back then. Instantly as it became available Skate caught extremely good to the audience as the new approach of focusing onto physics and making the gameplay feel more realistic to the user really paid off. As there are no unlocks available, nor other things such as upgrading your board and no skills rating the only thing that will get you limited while playing is your imagination and your actual skills as a player. The action takes place among the streets inside a fictional city called San Vanelona that is so nicely built being enriched with lots of details that really recreates a true realistic experience. The world is animated by lot’s of different kind of pedestrians, security officers, taxi drivers, all sort of chatter sounds and really nice music. The ingame main characters perspective also offers a large variety of animations for stunts and tricks actions as well as for the simple way of rolling around thus adding plus value to the realistic feeling.

The career mode is my favorite as it follows the story of “you” while trying to build yourself a name in the skateboarding world by earning cover spots on dedicated skateboarding magazines such as the Trasher and the Skateboard Mag.

Skate also set’s the base for the online community as players are encouraged to upload their snapshots or 30 seconds videos captured by using the game’s built in editor to the official website in order to share it with other players among the globe.

Two years later in 2009 Skate 2 gets live and proves to be a great hit, breaking down some records in matter and installing itself as the champion of skating games available to be played at that specific date. This second episode had a really nice storyline that reviewers said to have had a great impact in the overall score the game received because the action takes place in the same city, yet five years later. Among the new things that Skate 2 brings to the scene we find: hand plants, foot plants, hippy jumps , the option for the player to step of the board and explore the city on foot and also the possibility to move objects around in order to set up your own line for performing stunt actions.

Once you have a spot like this all set up by your preferences you can share it online so that other players can try it too.

Just like in the first part you are able to record the tricks you like, yet Skate 2 benefits from two new cameras that will boost your videos to a higher standard and one other thing that really makes this game great for the online community is the fact that you can now take part to all sort of new cooperative goals when in multiplayer mode, acting just like a real crew.

Another thing worth mentioning is that in Skate 2 you can now easily jump from one goal to another just by picking it on the map compared to first part, where you needed to use the subway stations to navigate from one to another.

One year later in 2010 Skate 3 is presented to the public and for those that didn’t played the first two versions this would the title to buy , yet according to IGN “the gameplay in Skate 3 is as fun and varied as it has ever been in the series, but it just isn’t all that much different from what we’ve seen before”.

Still Skate 3 brings a new addition in the term of a new social network where players can view a skate feed presenting each one friend’s videos, graphics used to customize their boards and some other interesting stuff, just like on Facebook.

The career mode takes a bit different approach compared to what you were used to in the previous parts as now you are challenged to build a whole new skateboarding brand from scratch. Building notoriety on the streets is the way to go, as once you become popular others will join you helping you to reach your goal. Your team mates can be both AI or real humans in case of the online mode.

And now let’s try to answer the question that sits on every skateboarding games fans tongue: Why no Skate 4?

Here are some answers:

1. The EA Black Box a subsiadiary of EA SPORTS set in Canada whom developed the Skate series was closed in 2013.
2. Skate 3 really experienced moderately success compared to other games released by EA.
3. The whole sum raised by the Skate franchise in 6 years was easily out beat by the income from titles such as FIFA, STAR WARS: BATTLEFRON and MADDEN in just one year
4. While 90.000 skate fans send a petition to the company demanding a new sequel if we look at FIFA’s 7.000.000 Instagram followers we get a better understanding of how things really works for EA business.

We might never see Skate 4 released, yet this doesn’t mean that no other game will take it’s place, because as there is still demand there will be for sure at some point another developer that will take on to this niche and fill the hole in the market.

Currently as the gaming niche extended a lot in the last years, both in the direction of mobile market as well as the direction of online browser based games I believe that skate games fans now have a really extended collection of titles to “quench one’s thirst”.