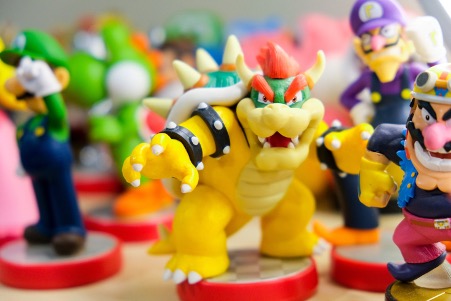 Any fighting game is only as good as its characters, so whether you’re playing as an excessively dangerous Amazon, a huge swordsman, or an agile ninja, you better be able to relate to them, or else you’ve wasted your time. We’ve created a list of the coolest video game characters.

But let’s first talk about what makes a character cool, shall we?

All the coolest characters have one thing in common and it is – nonchalance.

As we talked about characters being relatable; every student or working professional is special in their own way. Which is why they can relate to cool or different characters.

Some students spend hours and hours working on their homework as they sacrifice their social life, their passion projects, and their hobbies. But others work smartly by taking help from platforms like HomeworkMarket to get their homework done in significantly less time.

Online resources make it easy to plan and keep an eye on homework that is done on the Internet. Students have to finish their assignments by the due date. If they don’t, their grades will suffer. So, they look for help online.

Students who use homework help can complete their assignments on time and earn excellent grades. As a result, they have time on their hands to socialize, unwind, play video games, indulge in their hobbies, and so on, making them cool.

Talking about cool, these characters are as cool as it can get –

Imagine if your hamster was also a Ninja! Can you picture the raw ninjitsu strength coursing through those itty-bitty rat arms? Think about how awesome he’d look with a Karate Kid–inspired headband.

This is not a nightmare from some cheese-colored, psychedelic dimension. This is a cold, hard fact about video games. Since lizards are the mortal foes of hamsters, you’ll be pitted against them in this magnificent Spectrum black-and-one-other-color graphics adventure. An apple represents your health status, and that’s all there is to it.

Even if the Hamster isn’t as tolerable as Seth, he deserves a second chance more than Seth does because he’s a fighting character. The video game market is growing, as of 2021, it was around $210B industry. Ninja Hamster came out in 1987, and people have practically forgotten or never heard about the game, if it is revived by the fans, it can certainly make some contribution to the growing video game market.

The series’s unquestioned lead is a perfect illustration of the impossible curves of female brawlers and a notable example of the phenomenon. She is the most well-known of the Darkstalkers because of her appearances in Marvel vs. Capcom, Capcom vs. SNK, and the future Capcom vs. Tatsunoko fighting games, and it’s no surprise why; she’s an interdimensional succubus.

Morrigan may appear like a waif, but she fights like a demon. Battle royal games remain the most popular video game genre among gamers from ages 16-21. But it is because they have probably not indulged in the classic fighting genre and have not played with a character like Morrigan Aensland.

She is the warped synthesis of an Addams Family episode, a mid-’80s cartoon, and an issue of Maxim. And keeps its balance the whole time.

A denim jacket with sleeves ripped off and a baseball cap were staples of early 1990s fashion. It was de facto regulation if you wanted people to take you seriously as a tough guy. Accessories, such as fingerless gloves and a ponytail, were discretionary.

Terry is emblematic of a simpler time when problems were easily handled with a punch to the face and everyone who entered a fighting competition did so out of a desire for vengeance. Bogard, SNK’s leader for a number of years, serves as a harsh reminder of the heyday of the two-dimensional fighter before polygons wrecked everything and sidestepping made things way too hard.

AM2’s naming team put in some serious extra hours to come up with this brilliant name. Because Jeffry McWild’s boat keeps getting wrecked by a shark known only as “The Satan Shark,” he has to keep competing in tournaments to get enough money to replace it.

Jeffry, an Australian warrior, is a huge, blunt object who stands out in a game full of slender Ninjas and muscular Karate variants. I’m not sure exactly where in Australia his last name originates, but it does sound eerily Scottish.

Pirates are cool – everyone knows that. But undead pirates with Spanish names, huge swords, and gorgeous beards take the cake. So, they are so great at fighting games that they are consistently ranked among the finest characters in the genre.

Even though Cervantes has been demoted from his former position as one of Soul Calibur’s selectable characters, he is still the worst kind of cruise ship companion. Cervantes, the father of the grotesquely proportioned Ivy, is a power-obsessed thug who can be easily dispatched by anyone with even a passing familiarity with fighting games.

Video games become wildly popular and there’s no question about it 2.6 billion indulge in them regularly.  People use it as a stress buster, and for others, it is their bread and butter. One thing is for sure, that games have broken the norms and turned out to be a tool to cope with mental health.

And it’s characters like these that enable the users to get out of daily life and experience something unique and wonderful. 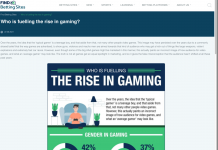