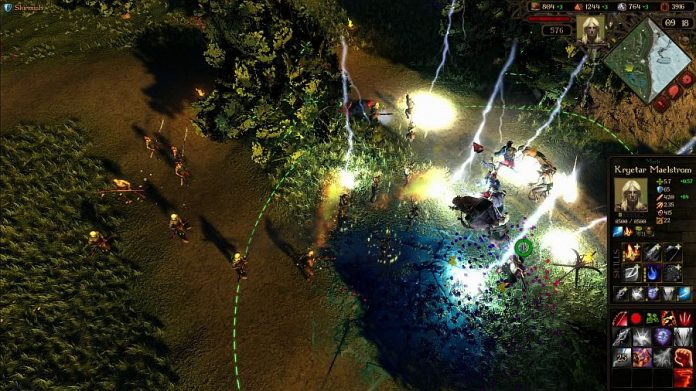 Today sees the release of Frozen Hearth, an indie RTS strategy game with RPG elements, one that I have never heard about before and clearly one that I should’ve had on my “to watch list”. Because, yes, this games looks like a real thrill ride and I am sure you’ll thank me for letting you know about it.

Frozen Hearth, created by indie developers Immanitas, takes you to the fantasy world of Amorra, the house of the Danaan civilization which is in great trouble: the demonic Shangur are threatening the world with extinction. The player takes control of a Danaan hero, who is leading a group of refugees to safety whilst amassing troops to fend off the advancing foes. Throughout the campaign the hero becomes more powerful and is able to use stronger weapons and magic and lead more units into battle.

According to the developers, the main campaign will last around 6 hours (which isn’t too impressive), but it can be also played in co-op mode, which adds a lot of value. Also, the game comes packed with multiplayer modes (Skirmish, Assassination, Attrition, King of the Hill and Crucible), including team play – all of these offering a great deal of extra value to the game.

Frozen Hearth is now available for purchase for 20 bucks from various indie retailers like Desura or Gamestop and you can find out more about this exciting game over at its official website.