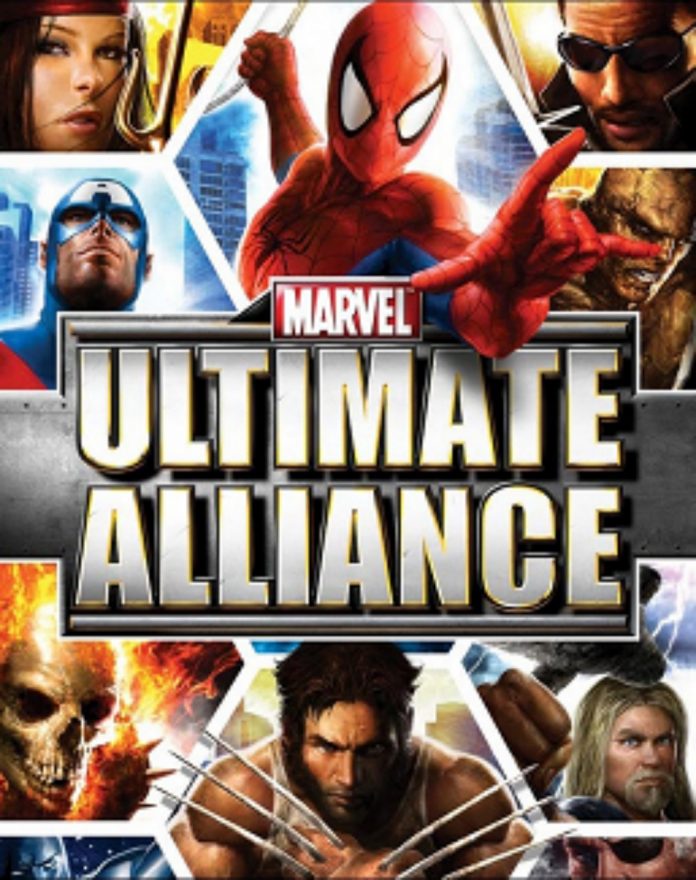 Here’s Mike Jones (Executive producer of the re-release of Marvel Ultimate Alliance) telling us what the game series is all about:

“Well, “Marvel Ultimate Alliance” is one of the most celebrated game franchises in Marvel’s history. It started back in 2006 as the successor to the X-Men Legends series, which was developed by Raven Software. But the Ultimate Alliance games went beyond just the X-Men and brought together Super Heroes from all over the Marvel Universe in an epic action RPG game experience with a huge focus on cooperative play. An “Ultimate Alliance” if you will.”

Marvel Ultimate Alliance 1 & 2 are an action role-playing-game series in which from a spanning collection of characters, players construct a team of four Marvel super heroes and then proceed to travel each chapter to the next dispensing of enemies and ultimately gaining experience. The first Marvel Ultimate Alliance game tells an original story whereas it’s sequel focuses more on the Marvel Civil War and vaguely orientates itself around that. Marvel Ultimate Alliance is a fantastic and addictive single-player game however, when playing online or co-op with some friends or even randomers, it becomes even more enjoyable.

The game originally launched in 2006 for PlayStation 2, PlayStation 3, Xbox, Xbox 360 and Windows PC. The sequel Marvel Ultimate Alliance 2 then followed in 2009 being featured on the same platforms bar Windows PC and Xbox. Fans can expect Marvel Ultimate Alliance 1 & 2 for current gen to stay as true to the prior releases as possible in accordance with the announcement at the San Diego Comic-Con. There will however be some small tweaks to graphics and performance in order to maximise player experience.