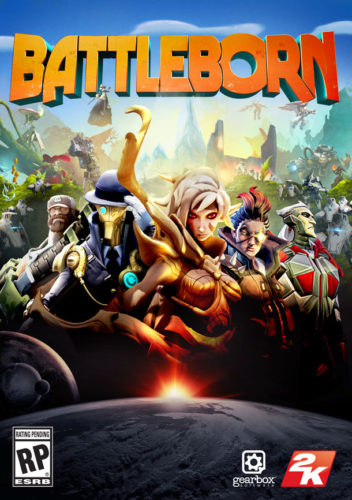 Gearbox has announced a new IP in the form of a new multiplayer first-person shooter called Battleborn.

The game was revealed by Game Informer, who will feature the game on the front cover of their August issue.

The game will focus on a vast array of different species and characters battling it out over the last star in the cosmos, with both competitive play and a co-operative campaign mode included. Game Informer says in their reveal that: “Battleborn takes the minion smashing and fast leveling often associated with MOBAs and injects it into an intergalactic first-person battle arena.”

The playable characters in the game will apparently play like they have come from completely different first person games, according to Games Informer. Gearbox has tried to figure out which species could potentially obtain the ability to travel through space and congregate around this star. This has led Gearbox Software president Randy Pitchfork to say that: “Battleborn is the most ambitious video game that Gearbox has ever created.”

Known characters so far are a space marine, elven huntress, a magical princess, a gunslinger and a mechanical samurai.

Only one game mode has been revealed so far, called Incursion. This is a 5 vs 5 game mode where players hunt one another whilst NPC minions wage war around them. Players will start on the same level, but as the game progresses will begin to level up to level 20, unlocking customisation options that vary depending on play styles.
Battleborn will be available sometime during Take-Two’s fiscal year ending 31st March 2016 on PS4, Xbox One and PC.

You can take a look at the announcement trailer below.