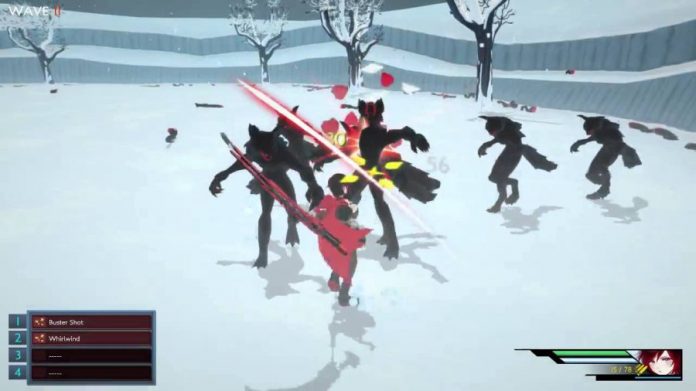 Rooster Teeth, the content creators behind the hit YouTube series Red vs. Blue, announced this past weekend at the RTX Convention in Austin, TX that they have begun working on in-house game development. Their first game will be based on their original fantasy action series RWBY.

The series, created by Monty Oum, revolves around a group of girls attending a school training students to battle fairy-tale inspired monsters, each with unique weapons that transform from blades to firearms. The video game adaptation was initially a demo presented to Rooster Teeth by Jordan Scott, a 19-year-old fan who developed an endless wave action game, RWBY: Grim Eclipse. Below is a gameplay video showing off the concept:

Oum and the RWBY crew were so impressed by the demo that he hired Scott to lead development on an official RWBY game. The announcement came during the RWBY panel at RTX last Friday. The Grim Eclipse demo was given a large presence on the RTX show floor, where fans were able to try out the demo for themselves.

“RWBY is a natural choice for us to focus on for our first in-house produced video game,” stated Rooster Teeth CEO Matt Hullum. “Fans can expect that we will bring the same level of originality in action, comedy and design to the video game that has made the RWBY animated series such a hit.” According to Rooster Teeth, the game will be a multiplayer, team-focused adventure featuring characters and environments from the series.

“Players will play as Ruby, Weiss, Blake and Yang, using each character’s magical powers and weapons against supernatural monsters and adversaries as they battle to save the world of Remnant,” said Hullum.

Rooster Teeth’s eagerness to hire a fan for one of their official projects shows the dedication they have to their community of supporters. It is also a dream come true for Scott, a game developer prodigy according to Oum, whose labor of love will hit the mainstream game market and could open up many more opportunities for him in the future.

No release date or systems were given for the game, but it was revealed during the panel that the game would be multiplatform. Meanwhile, RWBY begins its highly anticipated second season July 24 on RoosterTeeth.com.