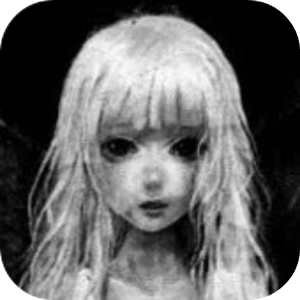 Checking out the most popular games on Android today, one really caught my eye: Mariam. The creepy face of a young girl staring back at you. A very short description. And not much else.

A ton of reviews, many people complaining that the game is fake, while others saying that it’s amazing. That really got me curious – what is up with this Mariam game and why did it become so popular all of a sudden?

I did some research and it appears that the game is also available for iPhone. It’s extremely popular there as well, with people appreciating it for its atmosphere and horror elements. Scary and touching. Intense and spooky. These are some of the words used to describe this game.

Definitely something worth checking out – and that is what I did.

The result was surprising and somewhat disappointing. The game is atmospheric indeed, but the lack of a proper English tranlsation makes it lose a lot of value. Still interesting to play, even though all I managed to do was to get stuck in a room – all of a sudden and apparently for no reason – and now I have to wait 6 hours to see what happens next. I even tried checking out a walkthrough for the game, but without much luck. Hopefully more walkthrough articles will pop up soon.

The game is confusing a bit, but I definitely am waiting to see what happens next.

But how did Mariam become so popular? A game that seems to be created by an independent developer – and an adventure game with horror elements and multiple choice value, that is?

I have no idea. But it makes me remember the craze surrounding Flappy Bird back when it was released and Mariam might be the next Flappy Bird. It does lack a good English translation which will surely hurt it in the long run, but it’s so extremely addictive and interesting, that you must keep it on your phone and play it.

Mariam is now available for both Android and iOS

Have you played this game so far? What’s your opinion on it?