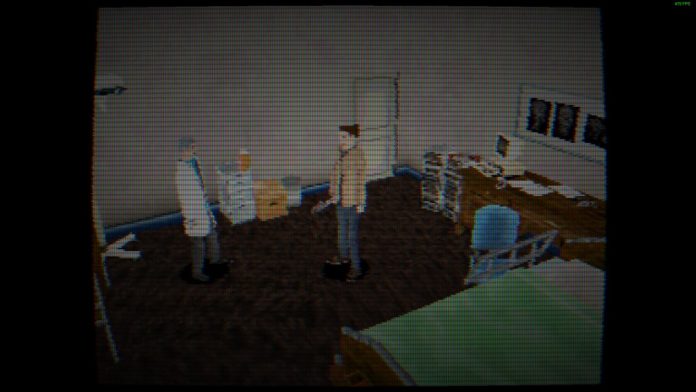 The second I saw the first screenshot from Back in 1995 – the one you can check out in the thumbnail to the left – I thought: Resident Evil! The good Resident Evil, the one that was scary and unique and so wonderful. Yes, we do need a trip to the past to get real games and fortunately that’s exactly what Back in 1995 offers.

Created by indie developer Takaaki Ichijo who wanted to re-create the great feelings you had when playing the classic PlayStation and Sega Saturn games, Back in 1995 is a survival horror mystery that puts you in the shoes of a scientist must uncover the mystery surrounding the disappearance of his daughter. And you’ll surely have an unforgettable, even though scary, trip to the past!

The game brings everything people who played games back in the day loved and hated at the same time: retro 3D graphics, including low res models, texture warping, CRT emulation, and fixed CCTV style camera angles… and hopefully no bugs of the era. I really believe that you can build an awesome retro game today that even people who weren’t born when the original PlayStation was launched can still enjoy and even if they don’t look good by today’s standards. And apparently Back in 1995 is that type of game. Hopefully they manage to do it right!

The game will be launched on April 28th on Steam and you can already check out its dedicated page here.