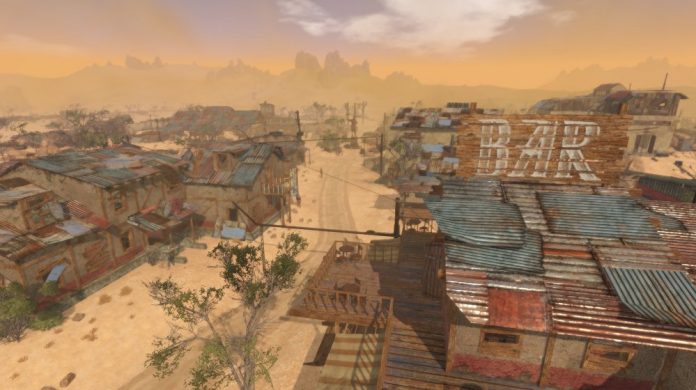 I no longer start jumping up with joy when I hear that yet another post-apocalyptic survival MMORPG launches because we have a ton of them already, but whenever an apparently great game is announced, I am more than happy. And it seems that The Skies is just that game, even though at first, when I saw its logo, I called it “The Scies” which in my opinion also sounds a bit better.

Back to our game, we’re talking about a free to play MMORPG with shooter elements, set in an open, post-apocalyptic world filled with monsters, terrifying creatures and where the fight for survival is always on. Players will carve out their own role in the vast regions and cities of The Skies with the fully customizable role system and strong focus on freedom of player choice. Hopefully this won’t turn, just like in every other game out there, into “let’s just kill everybody” type of play. That’s something I don’t like.

The game launches on Steam tomorrow, April 16th and for a limited time, it offers a lifetime Premium package sale for $14.99 (compared tot he $9.99 price you’d have to pay per month otherwise). This Premium package is basically “pay to win”, granting players 50% more experience and gold from PvP battles, 30% increased experience and gold from PvE activities, 150% faster crafting speed, 2 additional crafting queue slots, armor customization options, and access to the closed testing environment and some early builds of new game elements. So if you’re really serious about survival in this post-apocalyptic world, this is one deal you’ll have to take.

The game looks surprisingly good right now and I do have some high hopes for it. Check out its launch trailer below to see if it tickles your pleasure spots:

There are a lot of interesting features in the game, including player driven economic system, clans (and clan wars), PvP, Team vs Team Combat and a planned map area to explore that covers more than 200 sq km. Now that’s a lot of survival you have to do!