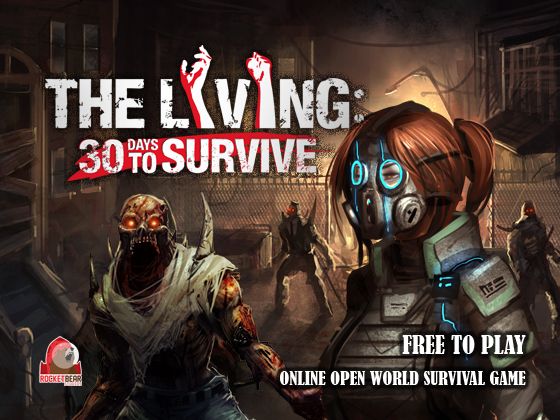 If you have played DayZ (the Arma 2 mod) and found it awesome, then The Living: 30 Days to Survive will certainly tickle your pleasure spot since it is based on the same concept, but with a ton more goodies thrown in to the mix, making it an amazing project.

The first thing that makes The Living: 30 Days to Survive more enjoyable is the fact that it’s a MMORPG. Not your classic MMORPG game, but one that has the potential to turn into a real world of survivors. Because, yes, The Living: 30 Days to Survive puts you in the shoes of one of the few survivors of the zombie apocalypse and challenges you to… survive for 30 real life days in the game world, making sure that neither the zombies nor the other survivors won’t kill you.

For example, one of the upcoming features of the game, as described in its Kickstarter presentation video goes like this: one supply bus crashes on the road and you have more options in case you want some of those really valuable supplies. You can either rush there, hoping to be among the first to arrive and get some of the goodies, you can wait and pick up the remains (if any) or you can set up an ambush somewhere close and rip off an unsuspecting survivor. And this, my friends, sounds AMAZING!

And, as I said, your challenge will be that of surviving 30 days in the post-apocalyptic world. But if you don’t manage and die in the mean time, then you will rise again… as a zombie! And your goal will be that of killing and infecting other people, while also leveling up your character to make it more powerful and scary.

And this will be it! The Living: 30 Days to Survive won’t come with quests or other boring stuff, just plain survival in a world filled with human players who are either zombies or humans trying to survive. An absolutely amazing concept that should be picked up NOW by one of the big players in the MMO world and turned into reality.

I am saying that because the game isn’t doing too good on Kickstarter and only has 7.6k dollars raised from the goal of $60,000. And there are just 6 days left… maybe we can all team up and make this happen? It would be absolutely amazing – so check out the project on Kickstarter.