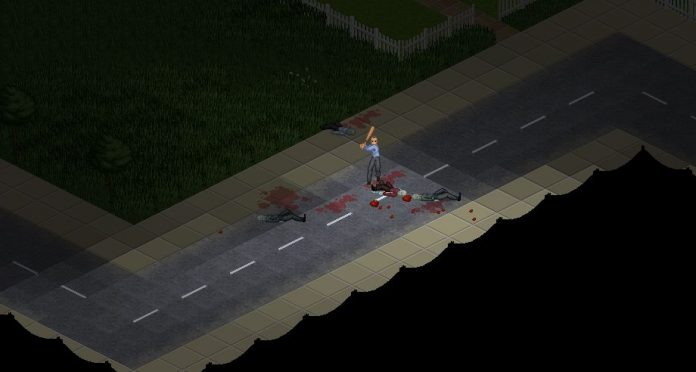 As a huge fan of the zombie genre and zombie survival in general, I am also a huge fan of indie game Project Zomboid, even though its development is not progressing at the fast pace I would’ve liked it to progress. But improvements and constant updates are made by the development team and they’re preparing some big things for the Project Zomboid fans in the hopefully near future.

During a Rezzed session, the guys from The Indie Stone (developers of the game) talked to a crowd of 350 people about How (NOT) to make a game and revealed a lot of interesting information as you can see in the video below.

But some things are more important than most, at least for us, the gamers. And probably the most important thing is that the team is planning to bring multiplayer to Project Zomboid, which is probably the best thing fans can ever hope for. Just imagine teaming up with other survivors to battle the zombies and fight to stay away from other bandits who want your supplies and safe house. This would be absolutely amazing and even though I am sure that there is still a lot of time left until we’ll be able to enjoy multiplayer in Project Zomboid, only the thought that it is planned makes my pleasure spot tickle.

Apart from that, on the official blog, the Project Zomboid team said that they “had some great chats with the nice people from Valve – so you can expect to hear more and more about that in future months.” What could this mean? Well, hopefully it means that the team got Valve’s backing and the game will soon be available via Steam – which would offer them even more exposure and certainly more funds which are needed to keep the project running.

And, as I said, we can only hope that all these goodies happen sooner rather than later. Now check out the entire session the developers of the game presented at Rezzed: