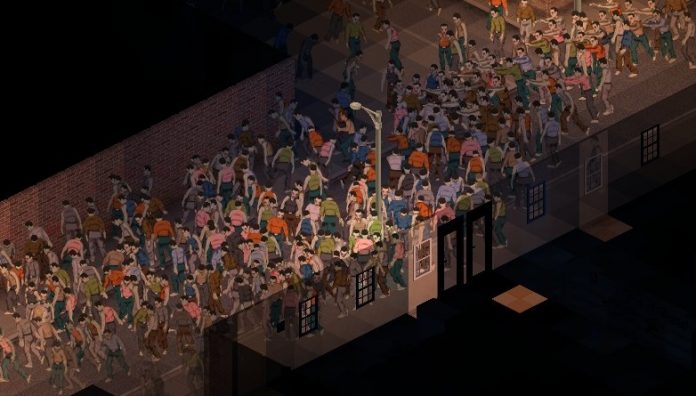 I do believe that before there was DayZ and all the plethora of zombie survival games set in an open world with no other goal than to survive, there was Project Zomboid. With its isometric approach, it didn’t become as popular as its first person bigger brothers, but it still is an amazing game with a ton of options, items to loot and areas to explore.

But what does it lack? Human interaction aka multiplayer. Fortunately, that will be addressed sooner rather than later, according to a new update posted by the Project Zomboid devs themselves. Here’s what they said:

“Anyone with a copy of PZ will be able to launch their own dedicated console only PZ server just by passing the appropriate parameters to the executable (or running a batch file, or whatever) with whitelists and blacklists, choice of co-op or PvP (purposefully defaulted to co-op to ram the point home) and all that goodness. Servers will be fully moddable using the same stuffs you mod PZ with now. Modders will be able to create their own networky messages to sync the server and client, and we’ll add checksums to check both server and client are running the same mods. In future we could look to auto-download stuff in cases the clients don’t have what is required.”

So when is it coming? “No ETAs as usual but hopefully its clear that it’s not far off.” Until then, here’s a small test build with the devs playing Project Zomboid in multiplayer:

Seems to be pretty fun now, doesn’t it?